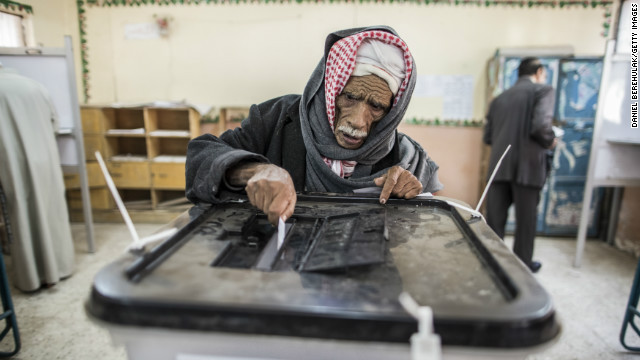 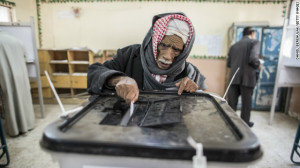 Egyptian s will be heading to the polls on Tuesday and Wednesday to decide on the approval of the newly drafted constitution. The outcome of the referendum is crucial in determining the country’s future and religious leaders have urged citizens to participate. However, political parties remain widely divided over the constitution and some have decided to boycott the referendum.
The interim government is urging the population to participate in their large numbers. Islamic and Christian religious leaders have urged their congregations to take part.  Grand Imam of Al-Azhar Ahmed Al-Tayeb and Grand Mufti Shawky Allam have rejected claims that the constitutional is anti-Islamic. Al-Tayeb said it is in accordance with “the goals of the Islamic law”.Pope Tawadros II said participating in the referendum is a “duty” and a “must”.
Salafi Al-Nour Party, Tamarod, Egyptian Social Democratic Party, Free Egyptians Party, Al-Tayar Al-Sh’aaby and Al-Dostour Party are all supporters of the constitution. They are hoping that Egyptians will accept the text as their new constitution. The Al-Dostour Party said the approval of the text will be a major step towards “strengthening of the roadmap”.
Political parties such as the Muslim Brotherhood, Al-Jamaa Al-Islamiya and the Anti-Coup Alliance have all announced that they will boycott the two day referendum. They consider the body organizing the elections as illegitimate and argue that Morsi and the composition under his government are the legitimate institutions and representatives of the state. The Alliance is claiming that “the military and police forces (guarding the polls) are not objective, as they are part of the coup”
The 6 April Movement and Misr Al-Qawia are urging their supporters to vote against the new constitution.
The government is confident that the constitution will be approved in order to ease Egypt’s transition.