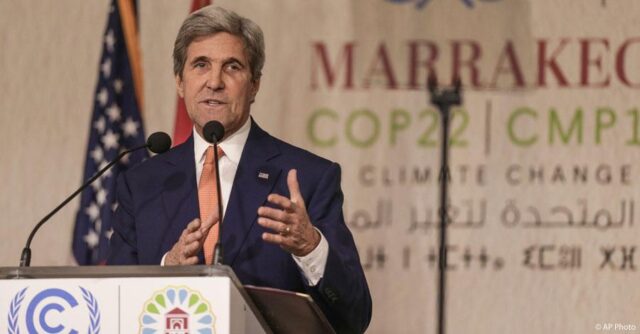 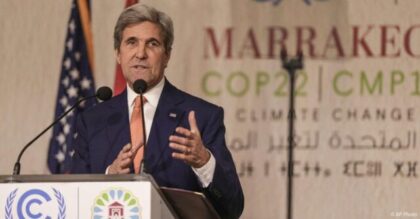 The US State Department hailed Wednesday the “bold leadership” of King Mohamed VI, making of Morocco a “world leader” in investing in renewable energy and in meeting its climate goals under the Paris Accords.

“Under the bold leadership of King Mohamed VI, Morocco has become a world leader in investing in renewable energy and in meeting its climate goals under the Paris Accords,” the Bureau of Near Eastern Affairs of the U.S. Department of State wrote in a tweet Wednesday.

Earlier in the day, US Special Presidential Envoy for Climate John Kerry welcomed the Monarch’s commitment to fighting climate change.

“Morocco is a tremendous partner in the global fight on climate change. I personally experienced HM King Mohamed VI’s commitment when Morocco hosted COP22” in Marrakech in 2016, Kerry said in a tweet on the sidelines of the “Climate and Development” Ministerial Meeting, held in virtual mode at the initiative of the United Kingdom.

“We’re eager to deepen our partnership” on the way to Glasgow, which will host the 26th United Nations Conference of the Parties on Climate Change (COP26) on November 1-12, 2021, Kerry added.

John Kerry also announced in a tweet that he held a phone call with Morocco’s Minister of Foreign Affairs.

The “Climate and Development” ministerial meeting brought together ministers and stakeholders to identify the next steps to address a series of priority questions for climate-vulnerable communities ahead of COP 26.

Morocco which invests billions in renewable energy projects and which hosts the world’s largest concentrated solar power (CSP) plant, the Noor Power Plant, has garnered international applause and its approach against climate change has been often singled out as a regional and global example.

Morocco has featured among top ten countries on Climate Change Performance Index (CCPI) 2021, a position making the North African country one of the three world’s smaller countries to have made progress in reducing carbon emission.