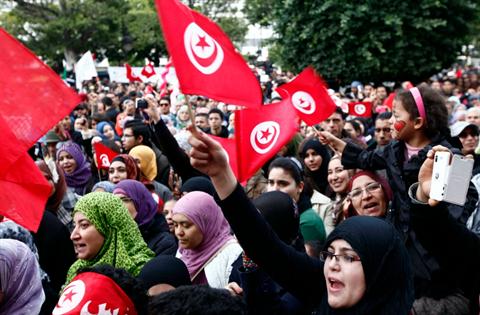 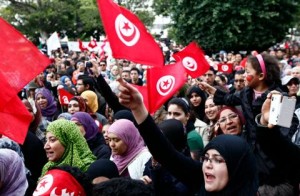 Tunisian authorities are under pressure to reduce the hardship on the population as public protests continue to increase. The government said it is trying to convince the International Monetary Fund (IMF) for half a billion dollar loan in order to take the necessary actions. The looming elections could slow IMF’s decision.
Finance Minister Ilyas Fakhfakh said the preconditions to acquire the loan are reaching a political agreement that will finalize the transition and controlling budget deficit. According to him, Tunisia “is on the right track” as they prepare to meet IMF officials by the end of the month.
Tunisia and IMF agreed on a $1,5billion credit at the beginning of last year as an emergency loan package. The government decided to seek for the second of a $500 million tranche after strikes which begun in the southern and central parts of the country reached the capital on Wednesday. Transport and agricultural unions have also shown their support to the protesters.
The political transition in the country is considered to be fragile; forcing many financial institutions to be cautious in their dealings with the country. The country is on the verge of approving its much delayed constitution and the Ennahda government is expected to resign as soon as the electoral commission is composed and election dates fixed.
Tunisia’s budget deficit is expected to jump to 6.8% of gross domestic product for 2013. Its 2014 budget includes measure to raise one vehicle tax by 25% and to add another tax on big cars. The decision has led to the increment of taxi fares. Although the government is trying to abide by the recommendations of the IMF and World Bank, Tunisians continue to worry about their wellbeing and the rising cost of living.