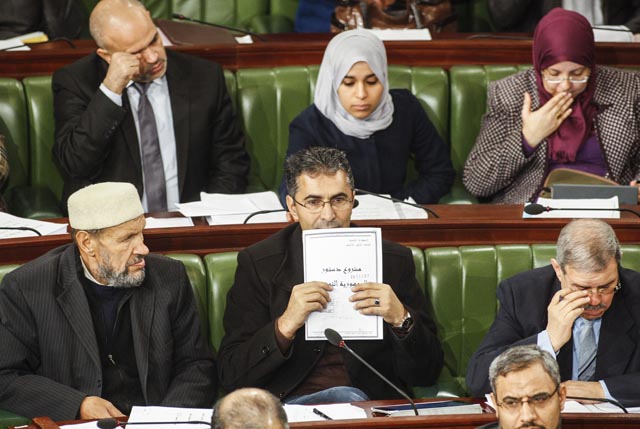 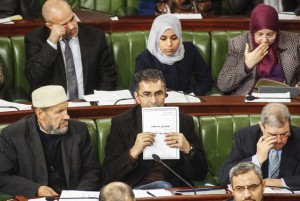 The ongoing voting of the constitutional articles is surrounded with great enthusiasm and debates. The different political parties are blaming each other for the approval or rejection of certain articles. Voting began at the end of last week. Death threats have already been sent to a couple of members in parliament thereby delaying the voting process. The approval of the constitution is a major step for Tunisia to organize new elections.
Although the article which criminalizes the normalization of ties with Israel made it to parliament for approval, it fell short of four votes to be part of the constitution. The opposition blames Ennahda and its allies for its rejection; claiming that they succumbed to international pressure.Mourad Amdouni, the deputy of Popular Current Party, said “foreign interference” played a role. Tunisians could be also be disappointed by the vote after exercising too much pressure for its inclusion in the constitutional bill.
The Islamists also had a sour taste in the voting’s. Islam is recognized as the official state religion but failed to be approved as the principal source of law in the country. The freedom of conscience also persists.
The decision triggered anger among the Islamists. A member of parliament was quoted saying that the decision has paved the way for the “Satanists” and “Idolaters” to practice their beliefs in public.
Less than 20% of the 146 articles have been voted and death threats have already been sent to lawmakers.Mongi Rahoui of a leftist opposition party and two other secular opposition members were anonymously warned that their life was danger. The interior ministry has stated that it will protect them and carry out investigations.
The constitution is expected to be ratified on January 14.