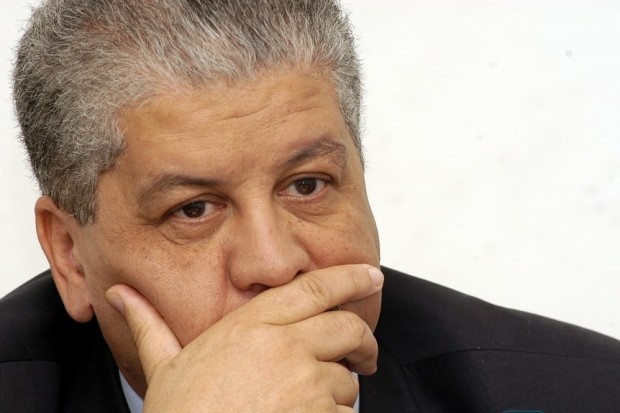 Algeria: Will PM Sellal be up to economic, social challenges?

Algeria is said to have been spared the turmoil of the Arab Spring and the legislative elections held last May gave, contrary to analysts’ forecasts, an overwhelming majority to the ruling National Liberation Front (FLN).

The long awaited change was not at the rendez-vous, still, Algerians were hoping that the new cabinet that was to be formed after the elections would embody the change they were direly expecting.
Four months after the elections, President Abdelaziz Bouteflika finally appointed a new cabinet headed by one of his friends and close aides, Abdelmalek Sellal.
The appointment of Abdelmalek Sellal, a technocrat who does not belong to any political party and who was holding the water resources portfolio in the previous cabinet, came as a surprise to Algerians and to commentators and raised questions as to his ability to introduce the needed changes and to fulfill people’s expectations.
Political analysts say that Sellal and his government will not take any bold initiative that is likely to bring about the expected change and end the status-quo in the country. They will merely run the country’s general affairs while focusing attention on the presidential elections scheduled for 2014.
Sellal actually said after he took office that he would carry on the implementation of the president’s development program and political reforms but did not announce any tangible move or plan to improve his countrymen’s everyday life. He also said that the organization of elections and the revision of the Constitution were at the focus of his cabinet program.
The questions about Sellal’s ability to bring change to Algeria are raised with mush acuity during this month of September as social grievances are mounting while the economy- with the exception of the oil and gas sector accounting for more than one-third of GDP, two-thirds of government revenues, and nearly 98 percent of exports- is collapsing, the private initiative is hampered by red tape, prices are ever-increasing, social services are declining and unemployment rate is rising to exceed 20 percent, according to official data.
Commentators say however that Sellal’s cabinet will try to find temporary solutions to defuse the frustrated population’s anger but will not seek radical solutions to settle social problems once and for all despite the country’s important means and almost $200 billion in foreign reserves.

However, if the Algerians are not expecting Sellal to bring about much change, the international business community and foreign investors are rather optimistic that the economic reforms program would give a new momentum to the country’s economy and foster partnership with foreign investors.

Whatever the appreciation made by foreigners, Sellal and his cabinet must address Algeria’s massive social problems and Algerians’ frustration even though prospects of a major change seem rather dim.
Before his appointment Prime Minister, Sellal, 64, served as minister of interior, minister of youth and sports, minister of transportation and finally minister of water resources.
This native of Constantine, some 450 km east of Algiers, graduated from National College of Administration. He also served as his country’s ambassador to Hungary.
Described as Bouteflika’s right hand man, Sellal was the manager of the president’s election campaigns in 2004 and 2009.

North Africa Post's news desk is composed of journalists and editors, who are constantly working to provide new and accurate stories to NAP readers.
NEWER POSTThe EU and the ‘New Libya’: a Fresh Chance for Europe’s Normative Power ?
OLDER POSTTaming the Praetorian Temptation in Egypt