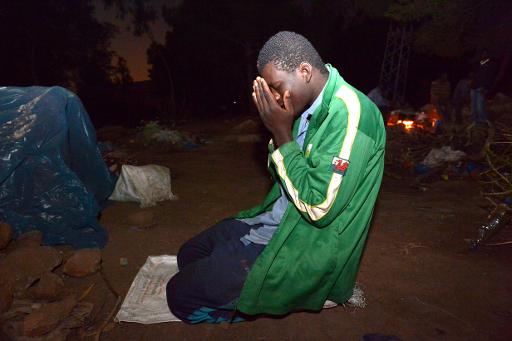 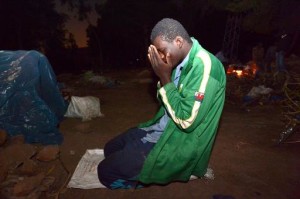 Morocco has launched on Thursday the legalization process of undocumented migrants as recommended by the National Human Rights Council (CNDH) and as promised by the country’s king last September.
Very early on Thursday, long queues of illegal immigrants were waiting to submit their applications at the « Aliens’ bureaux » opened throughout Morocco, a premiere in a country of the south.
According to official estimates, the number of undocumented immigrants in Morocco ranges between 25,000 and 30,000. The regularization operation will however help know the exact number of foreigners living in Morocco illegally. These aliens are mostly from sub-Saharan Africa but also from several other regions, including Asia and even Europe where the serious economic crisis of the past few years drove some Europeans, mainly Spaniards, to seek a living elsewhere.
Aliens have become part of Morocco’s landscape whether in big cities or in small towns. These aliens who came to Morocco as a temporary transit country wherefrom they were hoping to reach Europe for a better life, ended up staying in the country, especially after Moroccan and Spanish authorities on both shores of Gibraltar tightened security measures. Instead of going back home, many decided to stay in the North African country, living on petty jobs as hawkers and peddlers or as day laborers in construction and building. When they can’t work, they just beg.
Last September, the CNDH released a report on the dire situation of migrants and refugees in the country. When the king took note of the document, he expressed concern about their harsh living conditions and called the government to adopt a new immigration policy and an appropriate action plan, the aim being a comprehensive and humanist handling of migration-related issues, the protection of these migrants’ rights and the improvement of their social-economic conditions.
The exceptional operation to give residency permits to the illegal immigrants will entitle them to the same treatment as Moroccans in terms of work, schooling, health etc…
The undocumented immigrants liable to apply for regularization must have lived in Morocco for at least five continuous years, detain a two-year work contract, be married to a Moroccan national for at least two years, or to a foreigner  legally settled in Morocco for at least 4 years, and the children of these aliens.
The regularization also concerns foreigners suffering from serious illnesses who were on Moroccan soil before December 31, 2013
The regularization applications are examined by local committees which need to inform the applicant about their approval or rejection decisions and record the reasons for these decisions in a period not exceeding two months from the filing date. Rejected applications can be resorted to the National Appeals Board.
The operation will run throughout 2014.