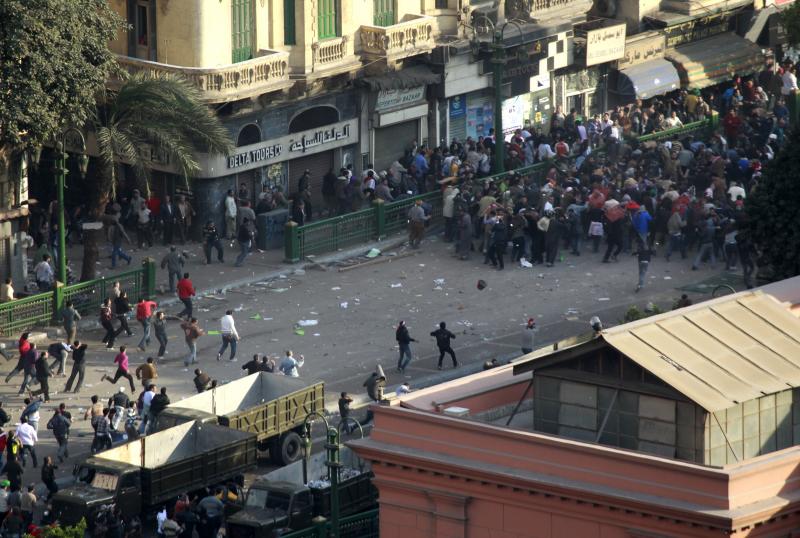 After Revolution Comes Reaction: Egypt as a Rule, Not Exception 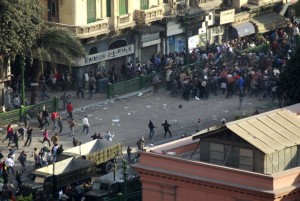 While we enter a new year, the emerging consensus among observers of the Middle East and Northern Africa is that the Arab Spring has turned into a frosty Arab Winter. Nothing speaks to this perception as strongly as the ongoing civil war in Syria, where the embattled Assad-regime, propped up by Hizbollah and Iran, is fighting a rebel force increasingly dominated by Sunni fundamentalist forces. At the same time, the trajectory of the changes in Yemen, Libya and Egypt is still difficult to discern. The situation in Egypt is of particular concern, since Egypt is and always has been the centre of gravity in the Middle East. But the perception of a long and unforgiving Arab winter is deeply flawed: after all, no revolutionary movement ever succeeded in a single strike – expecting that the Middle East would be the single exception always had a hysterical tone to it.
In fact, revolutionary change hardly ever comes in a straight or linear line and it is Europeans who should recognise this first. The French revolution is mostly being credited as the onset of modern European history. Yet, the French revolution, with all its notions of liberalism, democracy and equality, was followed by the reactionaries joining forces in Vienna, hoping to stem the changes that would ultimately be inevitable after the formation of an urban bourgeoisie, the onset of industrialisation and the gathering pace of enlightenment. But, in Vienna, the inevitability of a democratic and liberal Europe still appeared a far-fetched idea. Yet, in retrospect, the writing, so to speak, was on the wall.
After the ouster of Mohammed Morsi, Egypt’s first democratically elected president, the interim government cracked down hard on the Muslim Brotherhood from which Morsi hailed and it has begun to widen the scope of the suppression to even secular activists, who had hoped to save what little is left from the 2011 uprising against Hosni Mubarak. The new government has even designated the Muslim Brotherhood a terrorist organisation and has moved to shut down newspapers and TV stations. It has also detained journalists for spreading what it calls “false news” – imagine just for a moment what would happen if that were a serious offence in Western democracies.
It would be an understatement to argue that it is inconceivable how the Brotherhood can be eradicated from the political scene altogether. After all, the Brotherhood was banned during the Mubarak era as well, but not only remained intact, but it was ushered with a comparative advantage into the country’s nascent electoral competition. And even though the majority of Egypt’s citizens does not adhere to the believes of the Muslim Brotherhood, it does remain popular with a sizeable chunk of the populace and will only increase in popularity if the new regime cannot deliver on the promises it has made. The idea that it will bode well for the country’s future to simply ignore or repress such a huge part of the population is, to put it mildly, rather short-sighted.
For those who welcomed the ouster of Mohammed Morsi, certainly everything but a gifted politician, out of concern that Morsi might undo the promise of democracy, the past couple of months must have been a particular disillusionment. Some of the first hour activists against the regime of Hosni Mubarak now find themselves in the cross-hairs of the government crackdown as well. Ahmed Maher, Mohamed Adel and Ahmed Douma – all secular activists who managed to dodge regime suppression so far – were sentenced to three years in prison. They were convicted under a new demonstration law that renders any gathering of more than ten people without authorisation illegal, a law that practically extends the emergency laws indefinitely, while giving the regime the chance to pretend that the situation has returned to normal.
It might well be that the interim government enjoyed some sort of popular legitimacy when it disposed of Mohamed Morsi. Whatever legitimacy it might have had, it is difficult, if not entirely impossible, to escape the conclusion that following the successful toppling of Hosni Mubarak the reactionaries have now come together to regain power. Al-Sissi and his allies are hoping to sell the counter-revolution to the West by arguing that they alone can guarantee security and stability. Western capitals would be well-advised, however, not to take such assertions too seriously. Reactionary regimes are usually less stable and more short-lived than even those who triggered the revolution in the first place and it would be foolhardy to assume that Egypt of all places might just be the one exception.