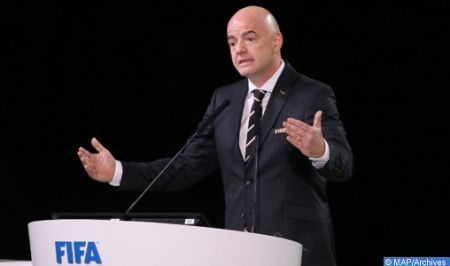 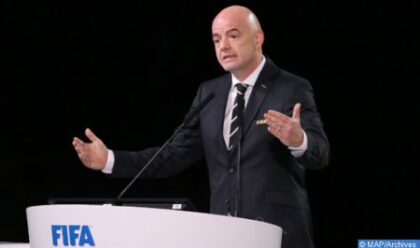 President of the International Football Federation (FIFA) Gianni Infantino who paid a two-day visit to Morocco commended King Mohammed VI “for his enthusiasm and commitment to the development of Moroccan football”.

“Without the commitment of HM King Mohammed VI and the serious work carried out by the Moroccan Royal Football Federation as well as the commitment of the Moroccan government, we would not have been able to see the infrastructure that the various cities boast”, underlined Infantino at the end of his working visit to the Kingdom Thursday.

Infantino described the Mohammed VI Football Complex as one of the best in the world. It is a true “work of art” and its construction mirrors the seriousness of Morocco and Moroccans in terms of football development, Infantino was quoted as saying in a press release posted on the FRMF website.

The Complex is put at the disposal of FIFA, the African Football Confederation and federations around the world for the supervision of young people and referees, the FIFA chief recalled.

During his two-day visit to the Kingdom, the FIFA President conferred with FRMF president Fouzi Lekjaa and was received by Foreign Minister Nasser Bourita, and Minister of Culture, Youth and Sports Othman El Ferdaous.

Talks covered, among others, the future of Moroccan and African football, and how African countries and other countries can benefit from the Mohammed VI Football Center and other sports infrastructure existing in Morocco.