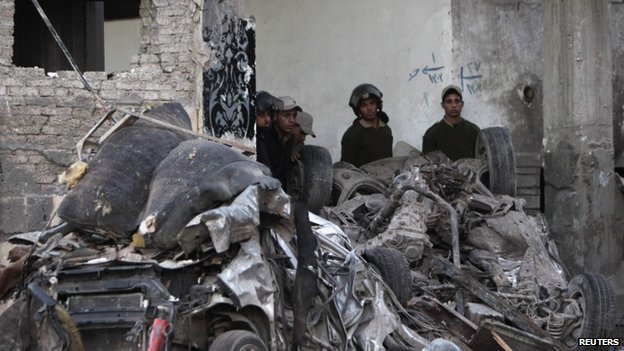 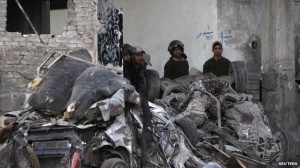 Libya and Egypt have been hit with unprecedented deadly attacks over the last three days. First, seven people were killed at a security checkpoint near Benghazi in the first known suicide bomb attack in Libya since the fall of Colonel Gaddafi. Then on Tuesday (24 December) a car bomb attack at a security building in northern Egypt has killed at least 12 people and injured more than 100, officials and state media say.
In Libya, the attacker targeted the checkpoint in the village of Aguiria, some 50km east of the Benghazi. The security situation in and around Libya’s second largest city has been worsening in recent months, with extremist militia blamed for almost daily attacks. Benghazi has seen several bombings and assassinations often targeting the army and police in the past year. However, this latest incident appears to mark a shift in tactics away from the bombings and assassinations that have mainly targeted the security services to those aiming also on innocent civilians. Unlike the rest of the country, many of the militias in the Eastern region are motivated by religion rather than merely a desire to maintain political and military power.
The government has generally feared that if security forces cracked down hard on the extremist groups, they would become increasingly radical and might become more violent. While these groups were largely ignored for more than a year, in recent months hardliners have faced off against official forces and local residents. No-one has claimed responsibility for the attack, but the village is a known stronghold of the Islamist militia group Ansar al-Sharia. Benghazi has experienced the rise of several extremist militia groups operating in and around the city since the former strongman, Muammar Gaddafi, was toppled in 2011. These militias, which took part in the uprising that led to the fall of Col Gaddafi, have largely ignored the demands by the interim government to disband or join the army by the end of the year.
Two days later, a car bomb attack at a security building in northern Egypt killed scores of people and led to the partial collapse of the building in the city of Mansoura, north of the capital, Cairo. This attack that was denounced by Interim Prime Minister Hazem Beblawi as “an act of terrorism” was one of the increasing number of attacks on the Egyptian security forces since the army removed Islamist President Mohammed Morsi in July. No group has so far claimed responsibility for the latest blast. The military-backed interim government said it was an attempt to scare people ahead of next month’s referendum on a new constitution – but that the violence would not disrupt voting. The authorities have warned they will strike against the guilty with an iron fist.