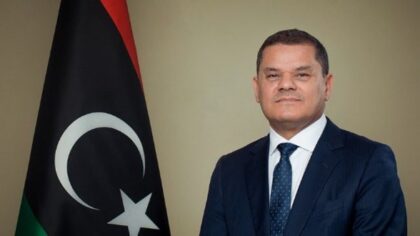 This came in a tweet he posted on Thursday evening, after a phone call with Moroccan Foreign Affairs Minister Nasser Bourita.

Dabaiba, who was elected on February 5 in Switzerland as head of the Libyan Executive by the Libyan Political Dialogue Forum, under the UN auspices, said he was “happy” to meet with Bourita, who conveyed to him the “greetings of King Mohammed VI”.

He welcomed Bourita’s statement reaffirming the Kingdom’s determination to “continue to provide support for Libya, sponsor any dialogue between Libyans and play the role of main facilitator of national reconciliation”.

Morocco had welcomed the election by the Libyan Political Dialogue Forum, under the aegis of the United Nations, of an interim executive authority in Libya.

In a press briefing held in Rabat on the occasion of the 34th Ordinary Session of the Assembly of the African Union, Bourita had said that Morocco congratulates the new members of the Libyan Presidential Council and welcomes the choice of Abdelhamid Debaibah as Prime Minister.

The Kingdom considers that the creation of this new institution will reinforce the executive authority in fulfilling its missions and meeting the expectations of the Libyan people, the minister had said.

Morocco believes that this is a major step forward towards unifying institutions, strengthening stability and meeting the needs of Libyans, in addition to creating the necessary conditions for the holding of the elections scheduled for December 24, 2021.

Bourita had expressed the wish that all Libyan institutions would support the interim executive authority in the accomplishment of its mission.

Morocco, in accordance with the High Royal Guidelines, will work with the interim executive authority and all the legitimate institutions in Libya to ensure the success of the next elections so as to strengthen the stability and development of this brotherly Maghreb country, Bourita had noted.