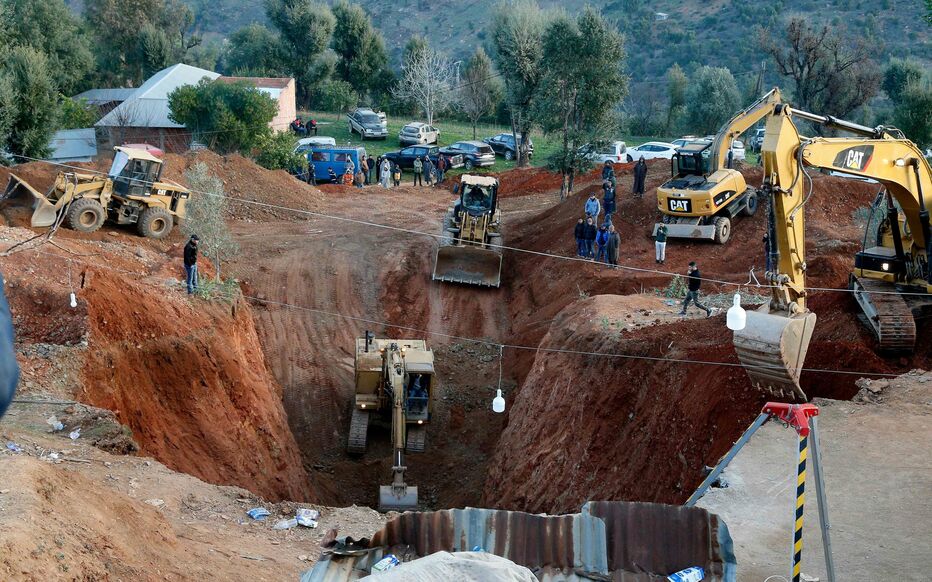 Moroccan Rescuers Racing against Time to Save Boy from Deep Well 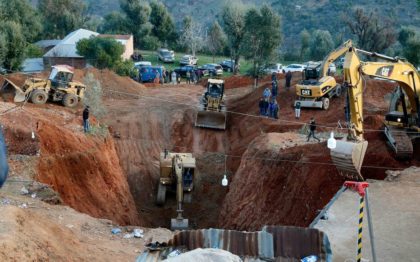 Moroccan rescuers are digging for the third consecutive day to get a 5-year-old boy out of a narrow 32-metre deep well located in a village in the rural northern province of Chefchaouen.

The trapped boy, Rayan, is still responding thanks to an oxygen tube and water sent to him by the rescuers through a rope whilst five bulldozers are drilling parallel to the well to reach him.

The shaft is too narrow, preventing rescuers from going down themselves to recover the boy.

According to the local authorities, the rescue operation is nearing its end as there was only a few metres of earth left to dig to reach the boy. His father Khalid Agoram said that he has bee looking for his son for hours on Tuesday before discovering that he had fallen into the well.

The boy’s mother, Wassima Kharchich, “Prays God that he comes out alive and safe”.

The story of Rayan, which has captured the Moroccan and International public attention, has prompted an outpouring of solidarity worldwide with his family in social media.