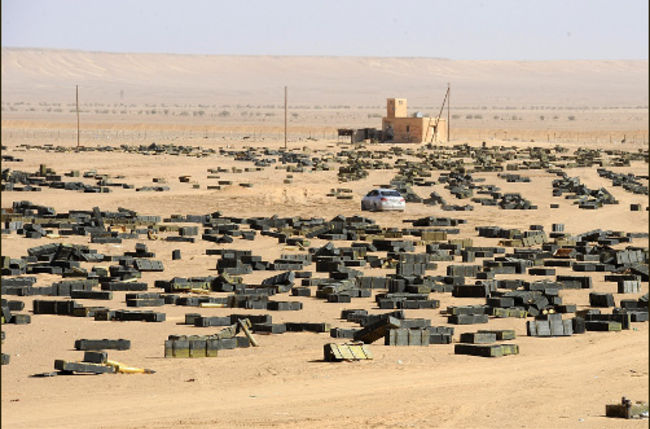 Algeria-Libya Security Cooperation to Be Boosted 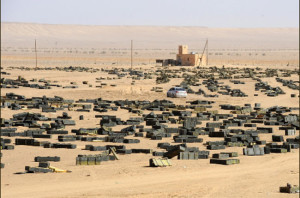 Algerian authorities have moved to step up security presence along the border with Libya in light of the continuing chaos and instability in the neighboring country while striving for better co-operation against terrorist threats. Algerian Prime Minister Abdelmalek Sellal announced recently, following his meeting with his Tunisian counterpart in Paris, that he would visit Libya at the end of December to discuss security co-ordination with Libyan officials. “It’s necessary to control the se-curity situation in the region,” Sellal said. “Without stability, it’s not possible to have any kind of development.”
Sellal’s expected visit to Libya will be the second of its kind after the Ghadames summit between Algeria, Libya and Tunisia in January 2013. During that meeting, the three neighbors agreed to enhance security co-operation on the border, stop arms proliferation and monitor the movements of terrorist groups. Earlier this year, Algerian authorities already expressed their willingness to support the new Libya, help it in the security sector, rebuild the country’s police and army and col-laborate on initiatives to control the border and combat terrorism. In practical terms, Algiers has already been involved in training two batches of 120 Libyan officers each on various police tech-niques and criminal investigation methods.
Algerian PM’s visit to Libya at the end of this month will come at a time when Algerian authorities are increasingly worried that heavy weapons may fall in the hands of terrorist groups that are still active in the region. Their concerns have been further heightened following the major attack on the In Amenas gas facility, which was carried out by a group that entered Algerian soil through the Libyan border. For his part, Algeria’s Interior Minister Tayeb Belaiz noted that the Libyan-Algerian border was a main source of concern for Algeria. The administration of Algeria’s southern and eastern borders is reportedly now under the direct supervision of the Algerian army and armed forces to avert weapons smuggling and terrorist infiltration attempts. These measures aim to allay the concerns that the security vacuum in Libya could lead to threats affecting the whole region because of arms proliferation and weakness of central authority.