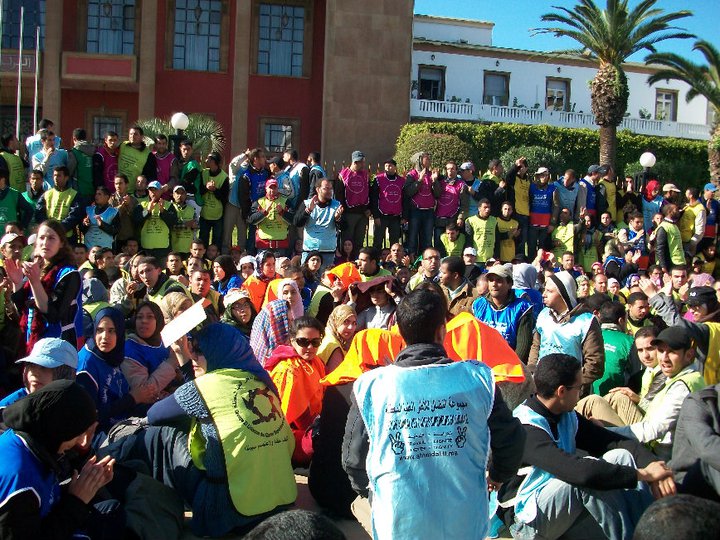 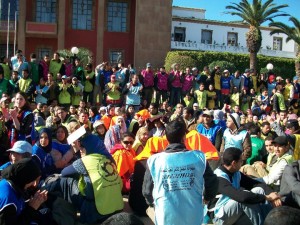 Morocco seems to be fulfilling the promise it made to its citizens about two years ago – it has just embarked on a long journey of fighting youth joblessness. The youth unemployment rate has been for quite some time reaching staggering levels – more than 20 percent for men and almost 40 percent for women between 15 and 24.
The “Moubadara” project aims at targeting long-term graduate unemployed to find them jobs in NGO sector. The project also includes the expansion of the National Agency for the Promotion of Employment and Skills (ANAPEC), which will newly cover most of Morocco, and include also the jobless without tertiary education. Moreover, the main pillar of the ANAPEC as well as the whole endeavor to create employment among the youth is based on the emphasis on self-employment.
The government of Morocco apparently wants to substitute for the lack of job opportunities offered from the side of the existing companies to motivate young graduates to start up their own businesses. The question remains what chances a new start-up might have if the current companies themselves are not able to thrive sufficiently enough to create new working positions. Moreover, how Rabat wants to stimulate business activity without actually liberalizing the process of start-up establishment remains also unclear. Obviously, without relaxing limitations on the creation of new businesses, ANAPEC courses for graduates on “how to get self-employed” might not work well.
While Morocco enhanced its 2014 position on the World Bank’s list “Doing Business” compared to 2013 by moving from the 95th to 87th ranking out of 189 economies, its rating dropped in a number of other categories such as access to electricity, getting construction permits or trading across border. Moreover, there has also been a fall in the ranking for the access to credit (from 105th ranking in 2013 to the 109th in 2014), which is likely to be one of the most crucial areas for young businessmen-to-be.
But on the positive note, Rabat has certainly already identified the importance of having a healthy and up-to-date business laws, which are directly or indirectly the crux of the proper functioning of labor market. This trend is visible in the radical improvement of a variety of “doing business” indicators, such as the reduction in the number of days needed to set up a company that went down from 36 days in 2004 to 11 days on 2014. Moreover, the paid-in minimal capital decreased from the staggering 760 percent of income per capita to pure zero in 2013. However, the country still occupies rather lower positions and lags behind MENA countries like the United Arab Emirates, Saudi Arabia but also Rwanda or Colombia.
Therefore, despite immense achievements that Morocco has made so far in the promotion of entrepreneurship and self-employment, the government should continue to develop the business sector but in compliance with further evolvement of the labor code and related tax laws. Morocco’s labor market is fairly regulated, which goes back to 1936 when the country adopted the minimum wage legislation. In addition, there are also regulatory and institutional features, such as hiring and firing regulations, the structure of non-wage labor costs or the matching between demand and supply side of the market. For instance, hiring and firing restrictions are rather stringent, while it is basically impossible to lay off or downsize for economic purposes. In fact, the only reason for employers to sack someone is due to disciplinary purposes, and even then a employee can lodge an appeal at the court to decide whether the dismissal was in accordance with the law. Under such strict limitations, it is a bit more understandable why firms hesitate to employ fresh graduates and young people. Without sufficient experience and ability to act in case of a less skilled employee, companies might get into troubles, which they do not really need in the times of a slow economic growth.
Hence, Morocco will very likely need much more than ANAPEC courses on “how to get self-employed”. Fighting youth unemployment should come in a comprehensive package including not only entrepreneurial side but also liberalization of a rather inflexible labor market.

North Africa Post's news desk is composed of journalists and editors, who are constantly working to provide new and accurate stories to NAP readers.
NEWER POSTAlgeria-Libya Security Cooperation to Be Boosted
OLDER POSTMorocco Steps Up Efforts to Fight Money Laundering