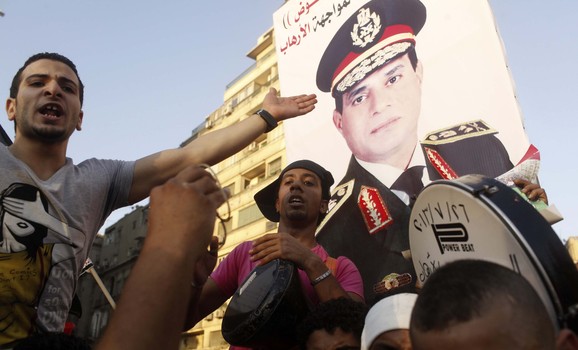 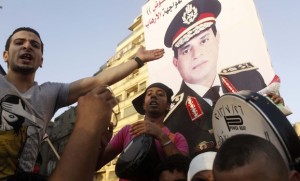 Speculations about General Abdulfattah al-Sisi have reached new levels after the posting of a record on YouTube. In the video, the General affirmed that the eventuality of him ruling Egypt has been revealed to him that “he will be president”. It has generated mixed feelings as the country draws nearer to elections without any forthcoming presidential candidate.
The published record is dubbed to be an off the record interview but was leaked to a brotherhood newspaper. In the interview, al-Sisi could be heard saying that in one of his dreams, he saw late President Anwar Sadat. During his narration, he said Sadat told him that “I always knew I would be president of the republic” and he, al-Sisi, responded by saying “I also know that I will be president of the republic.” Sadat served as the president of Egypt from 1970 till his assassination in 1981.
Some Egyptians want al-Sisi to stand for the presidential elections. He has been delaying his decision but it seems as if his dreams have already given him a clearer vision of his future.
Recalling dreams which happened more than 35 years ago, the General claimed that he had had prophetic dreams but preferred to be silent about in the past “7 or 8 years ago”. In one of his more than three decade old dreams, he was wielding a sword on which the celebrated Muslim credo was written in red: “There is no God but God” and wearing “an Omega watch with a big green star”. People in the dream asked him: “You, why do you have this watch?” He replied: “It is because of my name – it is Omega and I’m Abdulfattah, so there is something universal between us.”
Al-Sisi has not reacted to the posting.