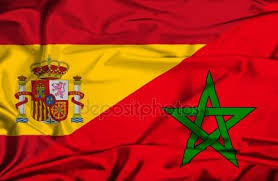 King Felipe VI of Spain has highlighted the importance of the relationship binding his country and Morocco, saying the two countries “share common interests and challenges”.

“We hope that the health situation will soon allow us to resume the agenda of meetings with Morocco (…) A country with which we share common interests and challenges”, the Spanish Sovereign pointed out in an address before the foreign diplomatic corps accredited to Madrid.

“Spain’s relationship with the Maghreb countries is marked by closeness and friendship,” King Felipe VI stressed in his address, posted on the website of the Spanish Royal House.

He affirmed in this regard that the evolution of the dialogue in Libya, which is being held in particular in Morocco, “gives us the hope of seeing a fully stable and peaceful Maghreb”.

King Felipe VI, who welcomed the development of relations between Israel and several Arab countries, also praised the resumption of contacts between the countries of the Gulf Cooperation Council.

Regarding his country’s relations with Africa, he said Africa is more and more present in Spain’s foreign policy, “with an increasing weight that reflects the great opportunities opening up on the continent”, he underlined.

In its 2021-2024 Strategy for External Action made public recently, the Spanish Foreign Ministry qualified relations with Morocco as a priority for Spain’s foreign policy, and recommended stronger dialogue and cooperation between the two countries.

“In the case of Morocco, our great southern neighbor and indispensable partner, the common will of our Governments is to continue enhancing the excellent bilateral relations and extend them into new areas,” the document stated.

The document also called for the organization of regular political consultations with Morocco and the holding of high-level meetings.

A day after the publication of this document, Spanish Foreign Minister Arancha González Laya highlighted before the Forum Nueva Economia (New Economic Forum) the strength and maturity of Spanish-Moroccan relations.

“The good relations between the two countries are close, deep and solid and are marked by complicity”, underlined the Spanish Foreign Minister.

“Spain and Morocco are two partners driven by the common desire to further strengthen their relations in all areas,” the Spanish official said.