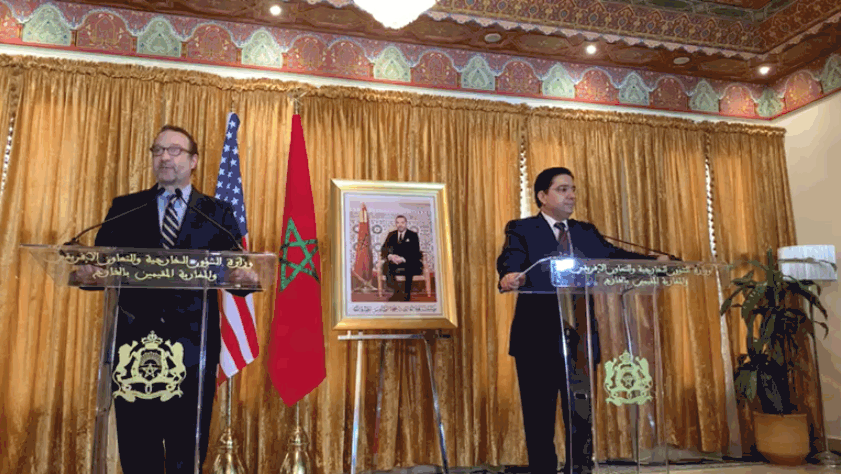 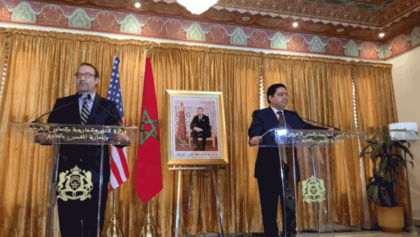 An American delegation, led by David Schenker, Assistant Secretary of State for Near Eastern Affairs, visited this Sunday the premises to host the US general consulate in the Saharan city of Dakhla.

David Schenker was accompanied by the US ambassador in Rabat, David Fischer.

The American delegation inspected the premises of the US consulate to be officially inaugurated at a later date.

The American Consulate, meant to promote economic and business opportunities in the region and beyond in Africa, will host an office for the “Africa Prosperity” initiative in order to facilitate the access of American investors to the southern regions. The move falls within the framework of the royal vision seeking to make of the Sahara a gateway to Africa for international investors, including from the United States.

Earlier Sunday, the US official, who is currently visiting the Saharan city, launched an economic development project for the region dubbed “Dakhla Connect”.

The “Dakhla Connect” portal, intended to promote investments in the region, will require a one-million-dollar funding to be supported by the DFC, the US development bank.

The Moroccan-US-Israeli Joint Declaration signed on December 22, 2020 in Rabat under the chairmanship of King Mohammed VI states that the United States “will encourage economic and social development with Morocco, including in the Western Sahara territory, and to that end will open a consulate in the Western Sahara territory, in Dakhla, to promote economic and business opportunities for the region.”

The Joint Declaration was signed during the visit to Rabat of the high-level US-Israeli delegation that was led by Senior Advisor to the US president Jared Kushner and Israel’s National Security Adviser Meir Ben-Shabbat.

During the visit, Morocco and the USA signed an agreement providing for the launch a scheme of American investments in Morocco and the region worth 5 billion dollars, including a key deal to earmark $3 billion for financial and technical assistance for private Moroccan investments in Morocco and in Sub-Saharan Africa.
Under a second agreement, a Letter of Intent, signed during the same visit, the Moroccan government expresses its support for the American Prosper Africa initiative.

During his visit to Dakhla, the US Assistant Secretary of State for Near Eastern Affairs held talks with Foreign Minister Nasser Bourita.

The US official had on Saturday made a trip to the capital city of the Sahara, Laayoune, where he visited the diplomatic quarter which hosts the consulates of several countries as well as the headquarters of the United Nations mission in the Sahara (Minurso).

The US official also took part in the launch ceremony of the center for education through sport “TIBU Laâyoune Center”, realized by the US Embassy in Morocco. The center aims to promote youths’ education, their social inclusion, and their human development through basketball.

Taking the floor on this occasion, David Schenker welcomed the excellent relations existing between the USA and Morocco, underscoring that these relations “have never been so strong as now”.

“This is a key moment in US-Morocco relations. Never have these relations been so strong as now,” the US official underlined.

Schenker referred in this regard to the historic announcement made last month by the United States to recognize Morocco’s full sovereignty over the entire Moroccan Sahara region and to open a consulate in Dakhla.

The US official noted that the year 2021 marks two hundred years since the United States opened its first diplomatic mission in Morocco.

“Tangier houses the oldest US diplomatic representation in the world,” he recalled.

Schenker’s historic visit to the Saharan cities of Laayoune and Dakhla confirm US clear support for the Moroccanness of the Sahara.

North Africa Post's news desk is composed of journalists and editors, who are constantly working to provide new and accurate stories to NAP readers.
NEWER POSTMorocco’s tax revenue in 2020 exceed what was expected
OLDER POSTAlgeria’s President flown back to Germany to continue treatment