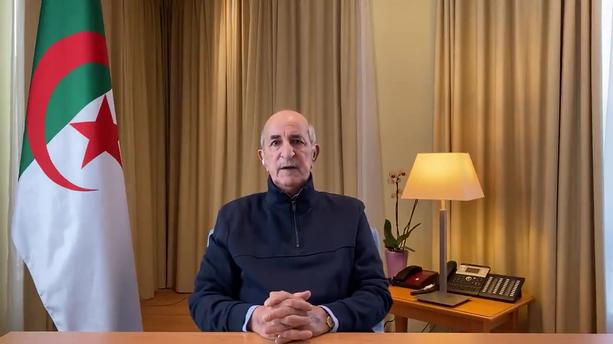 Algeria’s President flown back to Germany to continue treatment 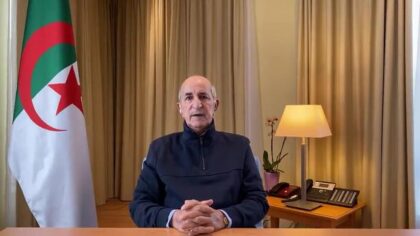 Algeria’s new ailing President Abdelemedjid Tebboune flew back to Germany for medical treatment after a short visit in Algiers during which he signed the appropriation bill and chaired meetings with senior government and military officials.

During his stay in Algiers since late December, no one had seen the president walking as observers voice fear of Algeria having again a President confined to a wheelchair.

Tebboune, a heavy 75 year old smoker, had been absent in Germany for about two months after he contracted the coronavirus.

His long absence led many to draw a parallel with that of his predecessor Abdelaziz Bouteflika and triggered concerns of an institutional crisis and power vacuum in the country.

Algeria has been rattled by a pro-democracy protest movement known as the Hirak whose momentum was stemmed due to the coronavirus but which is expected to resume once the pandemic is over.

The sickness of the president augurs ill for Algeria especially as the Hirak protesters view Tebboune and his administration as old wine in new bottle and stress on the need for a clean break with the whole ruling elites controlled by the military junta.

In November, Algeria approved a revised constitution on record low turnout in a referendum widely seen as a maneuver to neutralize a long-running protest movement.

Tebboune signed the new constitution into law on January 1, promoting the controversial text as the “cornerstone of the new Algeria”.

The President’s absence is also casting a shadow on his ability to rule at a time Algeria’s economy is crumbling on the double impact of low oil prices and the pandemic.