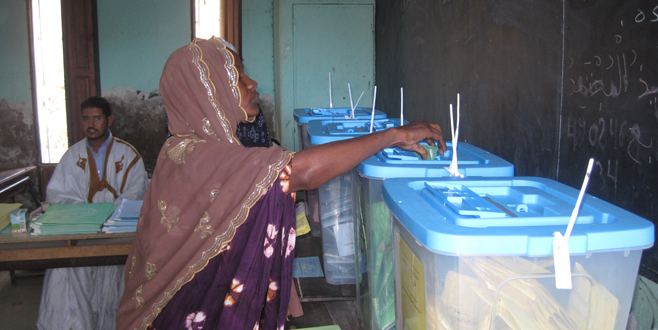 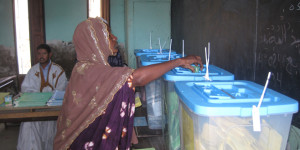 The results from the first round of the parliamentary and local government elections are dominated by the ruling party, Union for the Republic (UPR). The elections are seen as major test for President Abdel Aziz. Some of the opposition parties decided to boycott the elections in which 75% of the 3,5million voters took part. The second round of the elections in 15 constituencies is scheduled for December 7th.
UPR won 36 of the 65 seats. Its numerical superiority will not come as a surprise in some corners because it was the only party which fielded candidates nationwide.
Full results will not be known until after a second round.Forty of the remaining 81 seats still to be decided will be drawn from two electoral lists, with 20 seats reserved for women.
El-Wiam and the People’s Progressive Alliance won five and three seats respectively.Fifteen seats went to other smaller parties.Tewassoul, the main Islamist party, which decided to break away from the coalition of the eleven boycotters won six seats in its first ever participation. The party only became legal in Mauritania in 2007.
Although counting has not ended, results from the municipal polls have tipped towards the ruling party’s favor. It is leading in almost a third of councils in constituencies where results had been counted.
Tewassoul has already alleged that the elections were fraudulent. The 11-party Coordination of Democratic Opposition, which was reduced to 10 after Tewassoul’s participation, decided to give a cold shoulder to the elections because of suspicions that they were not going to be free, fair and transparent.
The electoral commission has been criticized for being slow in releasing results, a delay the body blamed on the complexity of the process. The elections were carried out peacefully.