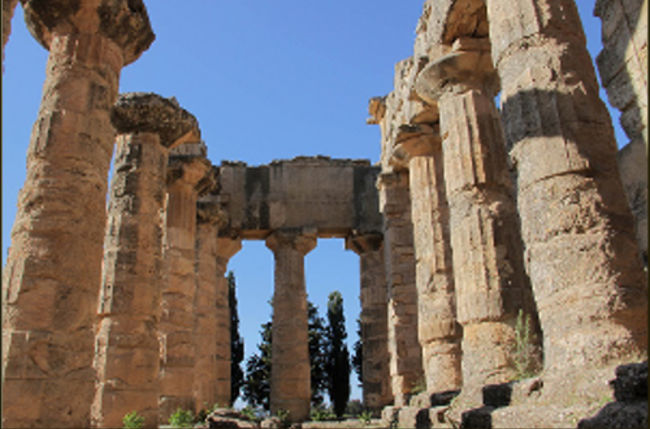 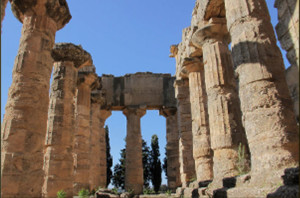 Workers in the sector of cultural heritage have just met in Shahat to train themselves on how to face antiquities smuggling that poses a threat to Libya’s cultural heritage. The Shahat meeting is among first steps of the Libyan government to act against antiquities smuggling with the help of the international community.
The Libyan Department of Antiquities, the United Nations Organization for Education, Science and Culture (UNESCO), Interpol, and the World Customs Organization (WCO), jointly organized a 9-day event for workers of the Libyan antiquities service, which ended last week. The training consisted of a number of panel discussions about the theft of archaeological heritage, as well as building international co-operation and implementation of international laws to curb antiquities thefts. Trainees of the workshop visited the archaeological area of Shahat, built around 631 BC by the Greeks, which has suffered heavily from the theft of antiquities. The best-known stolen items were the Quryna treasures, a collection of gold and silver coins, agate necklaces, beads, earrings and bronze statues, which disappeared in May 2011. According to the UNESCO, the protection of such antiquities implies a complex process requiring many overlapping bodies in order to fight it.
Moreover, the situation is worsened by the lack of security, especially in Beghazi, where many work sites and stores are in an unsafe area. An employee in the Department of Museums supervising antiquities in Benghazi said that it would be very beneficial to have specialized trained group competent in the protection of antiquities, sites, and artifacts. She added that the workshop in Shahat helped address a number of issues related to these problems as well as other issues arising from preserving historic sites including the lack of awareness from the local community.

North Africa Post's news desk is composed of journalists and editors, who are constantly working to provide new and accurate stories to NAP readers.
NEWER POSTInternational Organization for Migration (IOM) has set up an information website for migrants in Egypt
OLDER POSTMauritania : UPR leads polls criticized by Islamists