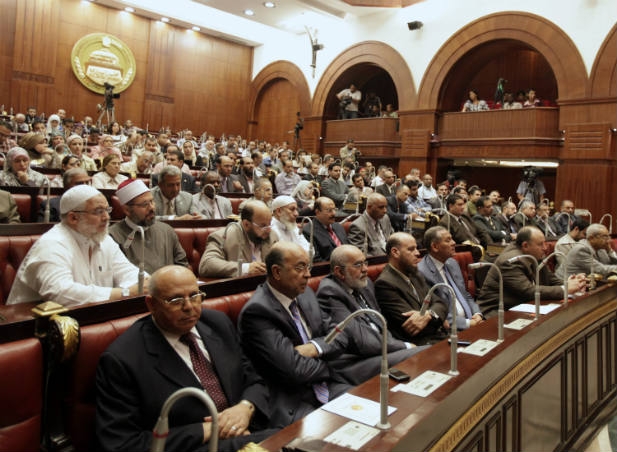 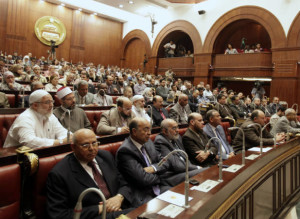 A draft copy of the Egyptian constitution has been published by state-run newspaper, Al-Ahram. The draft which is expected to be voted finally on Saturday by the committee could be validated through a referendum next month. Critics have stated that certain articles tend to draw Egypt back into the claws of the military. Religious political parties could also be banned while certain important issues remain unanswered.
The composure of the constitutional committee has been criticized by the Islamists. They said it was organized to sideline them. Al-Azhar and Nour are the two Islamist parties in the committee. The spokesman of the committee responded by saying that ‘it is complete injustice to say that the Nour Party has joined the committee just to compel it to give a separate definition of Islamic sharia in the new constitution or stand against any word describing Egypt as a ‘civil’ state.” Unlike Al-Azhar, Nour is an ultraconservative Salafist party insisting on the definition of Islamic Sharia and the omission of civilian state in the preamble.
The decision to give the Supreme Council of the Armed Forces the power to approve the nomination of the defense minister for a period of eight years from the time the constitution is passed into law has also generated mixed feelings. Civilians can also be referred to a military court under certain circumstances.
Human rights lawyer, Gamal Eid, said the new articles meant “the army will be a state inside the state” while others see it to be a return of the military to power once more.
Salmawy claimed critics are giving the articles “a very strict and limited definition of military rule”.
The military could surely return to power. General Al-Sisi is expected to be a presidential candidate.