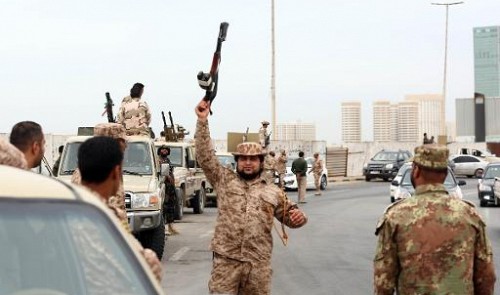 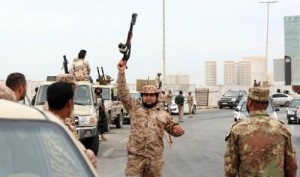 A blast at a weapons depot in Brak al-Shati in southern Libya has killed at least 10 people, while at least three soldiers have reportedly been killed in clashes with an armed group in Benghazi. State television in Libya quoted an injured man as saying people had been trying to steal copper wire from the depot. As to the violent attack in Benghazi, the army’s Special Forces commander in the town, Wanis Abu-Khamada, stated that the fighting had broken out after four people were arrested at a checkpoint manned by naval officers when “a vehicle search found weapons and money”. As they clashed with members of the Salafist militia group Ansar al-Sharia, three naval officers were killed and six others were injured.
The Libyan government has struggled to contain militias who have taken control of parts of the country, and clashes between the army and militias in the restive eastern city of Benghazi have become relatively uncommon. The militias took part in the uprising that led to the fall of Colonel Muammar Gaddafi in 2011 but have been repeatedly called upon by the interim government to disband or join the army by the end of this year.
Two years after Colonel Gaddafi was toppled, the elected government has not been really able to take control of large swaths of the country that are effectively run by the numerous different armed groups which emerged across Libya to oust Gaddafi. The government has failed in its attempt to disarm them to create a truly national security service. The armed groups are often better armed than the police, or even a particular army unit, so it is not a complete surprise that they were able to overpower the prime minister’s bodyguards. To make things more complicated, the government itself is something of a coalition of groups with varying degrees of links to the militias.