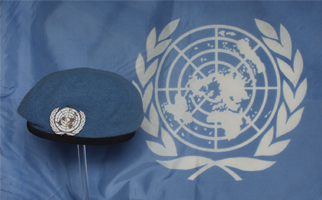 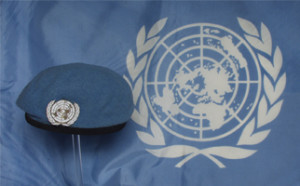 United Nations has reacted to the violence in Libya by planning to send a special force to protect its personnel as violence increases in Benghazi.  The activities of the militias are threatening the state. Prime Minister Zeidan has declared that if the violence and siege of oil ports continue, the government won’t be able to pay civil servants.
Secretary General Ban Ki-moon gave the green light for the UN to send a special force of 235men to protect its employers in Libya. The request was made by the Security Council after fears that their personnel could come under attack since diplomats have not been spared.
Zeidan has urged Libyans to stand against armed militias in order to pave a way for the formation of an effective national police and army force. The call has led to more violence due to the militias’ refusal to disarm.
The latest clashes took place in Benghazi between the Islamist militants and the army. It is unclear who initiated the attack. Three soldiers have been killed in separation attacks.
China’s ambassador to the UN, Liu Jieyi, said Ban Ki-moon expressed concerns in a letter addressed to the Security Council stating that their personnel are “at increased risk of attack” because of worsening tensions and “the lack of reliable national security forces”. UN peacekeeping missions in the region are expected to be sent to Tripoli to guard the UN base and “act as a deterrent against extremist elements that are not welcoming of foreign personnel”.
Prime Minister has informed Libyans that if the country continues in its actual direction, they will be faced with “financial crisis”. The country depends on oil revenues but there has been little activity since most of the ports are under militia control.

North Africa Post's news desk is composed of journalists and editors, who are constantly working to provide new and accurate stories to NAP readers.
NEWER POSTTensions Escalating in Libya: Deadly Blast at Arms Depot
OLDER POSTEgypt Postpones the Date for the Constitution Referendum