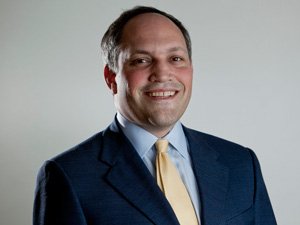 Former UN Envoy to Western Sahara and ex-US Secretary of State, James Baker, was given a lesson in history and diplomacy after he criticized the recent diplomatic accord between Morocco and Israel.

Michael Rubin, a resident scholar at the American Enterprise Institute and a former Pentagon official reacted to Baker’s opinion piece published last week in the Washington Post and wherein he branded as “cynical” the decision by US President Donald Trump to recognize Morocco’s sovereignty over the Sahara territory.

Michael Rubin reminded the former top US official that his criticism of the recent diplomatic accord between Morocco and Israel threatens peace.

“Peace between Israelis and Arabs is critical to stability in that region. And so, Trump deserves credit for seeking to rearrange the chessboard in the Middle East,” Rubin wrote in a column published in The Washington Examiner.

The former Pentagon official described Baker’s reading of the US role in brokering the Morocco-Israel accord “bizarre”, noting that his wrong assumptions ultimately accelerate the tarnishing of his image as history and hindsight show his Middle East judgments to be wrong and counterproductive.

“Baker gets history wrong when he says that Morocco took over the Western Sahara by force. Put aside the fact that the region was Moroccan until the Spanish seized it in a colonial scramble. The 1975 Green March, in which Moroccans returned to the area, was non-violent and involved thousands of Moroccans returning to the region on foot. Indeed, it was this action that compelled the Spaniards to leave. Many Sahrawis also sought to return, but the Polisario refused to allow them and their families to depart the Algerian refugee camps in which they remain as both the Algerian military and Polisario profit from their presence,” he pointed out.

Baker gets it all wrong when he argues that the diplomatic accord could stoke more tension in the region with Al-Qaeda in the Islamic Maghreb and other groups becoming vibrant, the Scholar wrote before shedding light on the Polisario Front’s activities in renting its smuggling network to Al Qaeda.

“Baker’s false assumptions in the Middle East diplomacy hampered, rather than advanced, peace, and his misreading of Algeria, Morocco, and the Polisario Front threatens to do the same across North Africa and the Sahel,” he added.

“Contrast that with Pompeo, who has achieved more in four months than his predecessors had in four years. Put another way, when Pompeo became secretary, Israel had relations with Egypt and Jordan. As Pompeo leaves, Israel now has ties with the United Arab Emirates, Bahrain, Sudan, and Morocco,” he wrote.