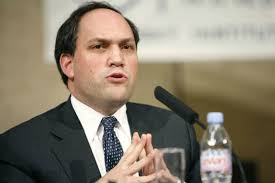 US Think Tank Warns of Frail Stability in Algeria, Mauritania

The American Enterprise Institute (AEI), a public policy think tank, published on its website an article that exposes the frail stability in Algeria and Mauritania, putting the two North African states in a list of “ten countries whose stability cannot be taken for granted.”

The article, signed by Michael Rubin, points out to the semi-military nature of the regimes in Algeria and Mauritania, which makes the two countries prone to brutal change or chaos.

Rubin notes that the vast uncontrolled lands of Mauritania have been turned to a sanctuary for drug and arm dealers.

In this respect, he deplored that Mauritania’s President Mohamed Ould Abdel Aziz’s is unable to control the vast territory where terrorist groups found safe-heaven. “Loose weaponry from Libya has only poured fuel on the fire,” Robin explained.

The think tank reveals that the country two times the size of California has been under the radar of European terror experts.

The situation in the country is dramatic with large majority of the population, in addition to black population living in poverty condition, the AEI adds.

As for the other North African country, Algeria, power struggle coupled with no clear succession of ailing President Abdel Aziz Bouteflika may tip the country into the abyss.

“Now, southern Algeria is a haven for Al Qaeda in the Islamic Maghreb,” Rubin stated, adding that the uncertainty and power struggle on the succession of Bouteflika does not augur well for the stability of the country.

“There is no clear succession and, even if a president does consolidate political control, he will have to face down Islamic radicals who might seek to avenge their long suppression,” he said.

The think tank also points out that the country may be haunted by its bloody 1990s period marked by a civil war, which killed around 200,000 people.

The war spurred by denial of the radical Islamists’ electoral win cannot be scorned as the radicals “may seek to avenge their long suppression,” AEI stresses.