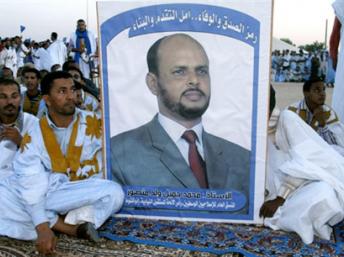 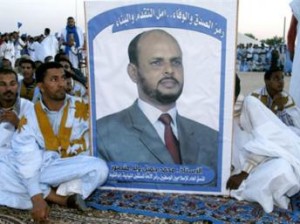 Allegations of fraud are being claimed by Tawassoul President Jemil Ould Mansour in the parliamentary and local elections held during the weekend. The ruling party is already leading in the polls counted. Some opposition parties boycotted the elections claiming it is an “electoral masquerade”. The final results are yet to be published by the electoral commission.
These are the second elections in the country since the military coup d’état headed by President Mohamed Ould Abdel Aziz five years ago. The 2009 presidential elections won by the President were widely contested with rigging allegations.
The Saturday elections had a 60% turnout according to the state television. Around 1,500 candidates from 74 parties representing the administration and the opposition were registered to vie for 147 seats in parliament and the leadership of 218 councils. The 11-party Coordination of Democratic Opposition (COD) boycotted the polls.
The elections are being marred with new criticisms. The main Islamist opposition party, Tawassoul, said they have already sent a delegation to meet the electoral commission because they “cannot accept this fact in any way”. Jemil Ould Mansour stressed that there are “serious irregularities” found by the party which would discredit the elections.  He stated examples of “ballot stuffing in some places and the resumption of the vote after the count in others”.
The ruling Union for Republic is expected to win majority of the seats. It is the only party to present candidates in constituencies nationwide. The National Assembly for Reform and Development, the political arm of the Muslim Brotherhood in Mauritania; the leftist Popular Progressive Alliance, Tawassoul, and Al-Wiam Democratic and Social Party are expected to do well in the polls.
Mauritania has experienced several military regimes before holding its first multi-party elections in 1992.