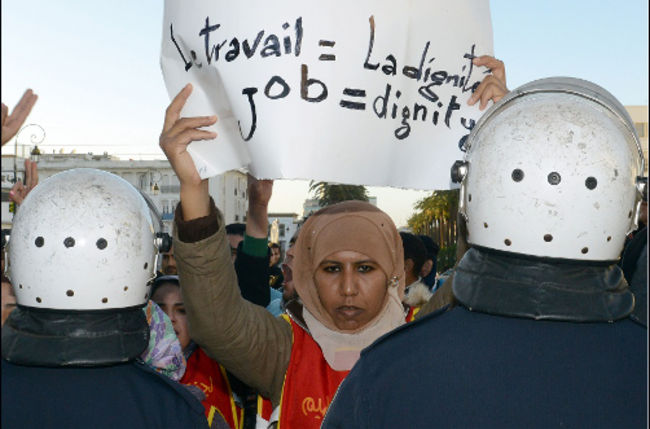 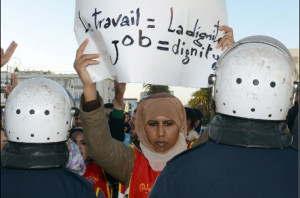 Two years after the promise of the government to fight unemployment, the “Moubadara” project has been launched. The project opens opportunities for long-term jobless graduates to be employed in non-governmental sector or in the TAETIR mentoring program, both of which will start operating as of 2014. Part of the effort is also the expansion of the National Agency for the Promotion of Employment and Skills (ANAPEC) to cover the entire country. The ANAPEC will also expand its services, and for the first time it will cover also non-graduates.
The government has also made a decision to particularly support self-employment sector, with a special attention to inter-mediation services. Rabat plans to establish employment monitoring centers, which will connect the jobless with an intermediary, who would be in charge of helping out to find a position. There also plans to simplify taxation to allow graduate start their own businesses.
If the plan is implemented, it will help decrease the high unemployment rates among the youth and graduates. Yet, while the proposal is being criticized both by the opposition and coalition, the youth is expressing their eagerness to see the implementation of the plan. According to graduates, the government should facilitate the creation of start-ups and various businesses, including the support for self-employment. The young believe that it is one of very few options that are left for them to succeed in the labor market, which has so far caused them mainly disappointment and the loss of self-esteem.
In June, the official youth unemployment rate was 22 percent among men and 38 percent among women, whereby young people from 15 to 29 constitute 44 percent of Morocco’s working population.