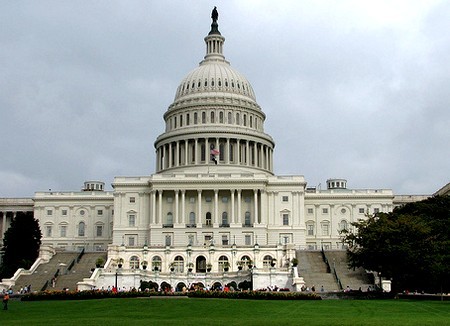 Obama Urged to Build on Alliance with Morocco to Face Challenges in North Africa, Sahel 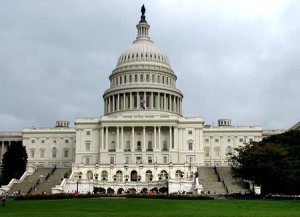 In the days preceding the meeting to be held next Friday in the White House between President Barack Obama and Morocco’s King Mohammed VI, several influential legislators, diplomats, analysts and commentators have called on the U.S. president to seize the opportunity of this encounter to build on the USA’s historic alliance with Morocco.
The Congressional Morocco Caucus, a bipartisan Caucus committed to fostering the economic and strategic relationship between the two nations, addressed a letter to President Obama, urging him to seize the opportunity of this week’s White House visit by King Mohammed VI to consolidate “strategic relations” with Morocco, America’s longest-running ally, to face “common challenges in North Africa and the Sahel region.
The Caucus Members recall that Morocco is “a friend country and a solid partner in North Africa,” sharing “our values and aspirations for the region.”  As such and given the current juncture at the regional level, relations with Morocco have “a capital and strategic importance,” the letter to the president stated.
Several members of Congress had underlined, in the wake of the turmoil and uprisings that have shaken several countries in the MENA region, that U.S. relations with Morocco, which has been a cornerstone of U.S. foreign policy in the region for more than two centuries, have taken on a renewed sense of urgency and strategic importance and stressed the need for the U.S. Administration to signal its strong support for Morocco and to help ensure the success of the North African country’s democratic aspirations.
In their letter to the President, the Caucus members also focused on the Western Sahara issue and renewed their firm support for the autonomy plan proposed by Morocco to settle the conflict.
The caucus which stressed the utmost importance that this issue has for Morocco, urged President Obama to seize the opportunity of the Moroccan King’s visit to “reaffirm the unchanged US policy” of support for a settlement based on broad autonomy under Moroccan sovereignty.
The Moroccan autonomy initiative put forward by Morocco in 2007 remains “the best framework for a negotiated political solution,” says the letter.
The Sahara issue “is one of the few issues enjoying wide consensus both in the House of Representatives and the Senate,” the letter recalls.
Members in both Houses of Congress have expressed on many occasions and in many letters sent to the U.S. President concern that the continuing Western Sahara dispute is thwarting efforts to combat rising terrorism and regional instability in the whole region and called for support of Morocco’s compromise autonomy plan for Western Sahara.
Several former US Ambassadors to Morocco who have served over the past 32 years, under five Presidents, have on their part expressed hope in a similar letter to President Obama that the U.S.-Moroccan summit meeting “will strengthen our strategic partnership with a country in the MENA region that genuinely shares our values and vision for the region’s future.”
“For too long, Morocco has often been overlooked by US policy makers because it is not a “problem country.” There have been missed opportunities to help Morocco as a country in finding solutions for the region,” the diplomats said urging president Obama “to seize this opportunity, especially in these times of tumult and instability in the Middle East, North Africa, and the Sahel” and stressing that “now is the time to support Morocco’s efforts to achieve our shared goals for the region,” and to “clearly declare the importance of the strategic relationship with Morocco and to partner with it on its path towards economic, democratic, political, and human rights reforms.”
The diplomats insisted in their letter that “despite instability in the region, King Mohammed VI has demonstrated a continuing commitment to guiding the country in the meaningful growth of democratic practice and the rule of law. Morocco weathered the chaos of the Arab Spring by further advancing its own reforms and making significant progress on human rights.”
Pointing out that Morocco can contribute to stabilizing the threatening situations in North Africa, the former ambassadors called for more US efforts “to support Morocco’s common sense and legitimate effort to resolve the problem in Western Sahara by granting the territory broad autonomy under Moroccan sovereignty.”
“It is time for the US to make clear in the UN Security Council and elsewhere that this is the only realistic way to resolve this issue so that the  international community can move on to more urgently needed solutions to the more pressing problems in the region,” the diplomats said, insisting that “it is also a crucial time for the US to assist Morocco with the implementation of its ambitious regionalization plan, which devolves substantial political power to  democratically elected local officials and implements programs that will make it a model for others in the region.”
The U.S. Congress newspaper “The Hill”, on its part published a column urging both leaders to build on “the historic alliance at a time of global economic malaise as well as unprecedented strife and fraught transition in the Arab world.”
The two nations “share new interests and evolving foreign policy views in both countries have the potential to complement each other”, the paper outlined, insisting that “Washington must continue to encourage peaceful conflict resolution and moderate reformist trends while unwaveringly defending the security and territorial integrity of its allies.”
The daily newspaper which covers the U.S. Congress also, underscored Morocco’s substantial contributions to the stability and security of North Africa and the Sahel and called the two leaders to build on their shared view that “countering growing extremism and militancy below the Sahara requires not only hard-nosed security cooperation and counter-radicalization but also the creation of economic opportunity.”