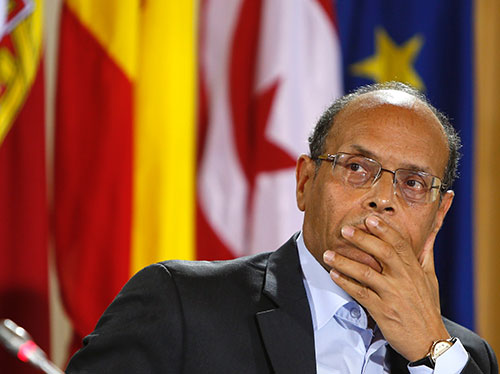 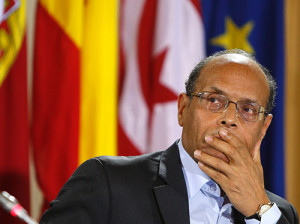 Egypt has decided to send its ambassador back to Tunis after recalling him due to comments made by President Moncef Al Marzouqi. Cairo alleged that Presdient Moncef’s speech at this year’s United Nations General Assembly calling for the release of Mohammed Morsi from custody was interfered with their internal sovereign affairs. The announced return of the ambassador is seen as sign of improved relations since his departure for “consultations” in September.
The Tunisian government did not apologize for the comments it has made at the UN. The government which is led by Ennahda, an Islamic party, has bonds with the Muslim Brotherhood in Egypt. President Morsi of the Muslim brotherhood was removed from power in July by the military in adherence with the “will of the people”. The brotherhood calls it a coup d’état much to the disagreement of the opposition parties active in the military backed government.
Shortly after the calling the release of Morsi by President Moncef, Egypt called Ambassador Ayman  Musharafa in protest and for “consultations”. Its foreign ministry spokesman Badr Abdelatty deplored the “unacceptable interference” of the Tunisian authorities in their “internal affairs”. Moncef’s speech at the UN happened at a time when Morsi was held in incommunicado and in an undisclosed position for more than two months. He also cited Egypt as an example of the difficulties of establishing democracy and civil institutions. His comments were termed as “not true” by Cairo.
Spokesman Abdelatty didn’t want to dwell on the pass but hoped that “the situation will be stable in the interest of both the countries and their people”.
The exact date of Ambassador Musharafa has not been disclosed but it can be remembered that he left Tunisia on September 28.