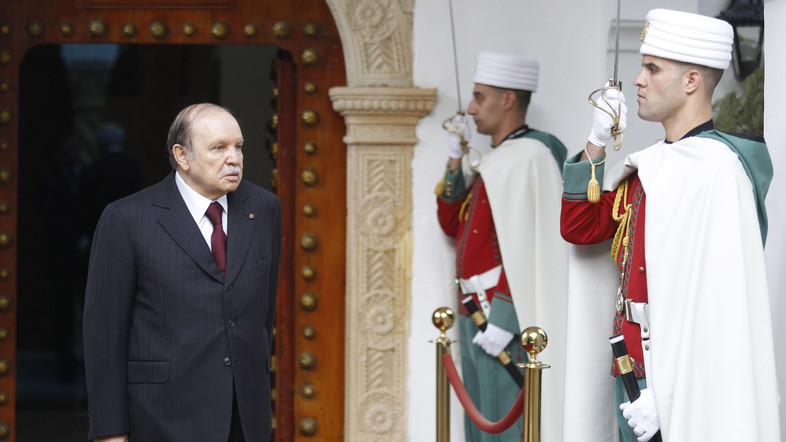 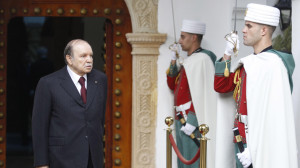 Algeria’s 76-year-old President Abdelaziz Bouteflika has been nominated by his ruling National Liberation Party (FLN) to run for a fourth term in April 2014. The ailing leader, who was hospitalized in France last April after suffering what official reports described as a stroke, has been in power since 1999. He presided over a cabinet meeting on September 29 for the first time this year after he had been largely unseen for months because of his health problems.
Since 2005 he has been honorary president of the FLN, which has 208 seats in the 462-seat national assembly. A FLN party statement issued after a meeting in Algiers, the capital city of Algeria, stated that “the central committee has chosen the president of the party, Abdelaziz Bouteflika, to be the FLN candidate in the next presidential election.” This choice was said to be a natural one given the positive assessment” of Mr. Bouteflika’s three terms as Algerian head of state.
While Bouteflika returned home in July after nearly three months in France recovering from a mini-stroke, critics have repeatedly expressed the view that his health concerns should rule out extending his time in office. However, the president’s allies had indicated they would back him should he seek re-election next year. As one of the few remaining veterans of the war of independence against France lasting from 1954 to 1962, Bouteflika rose to power after helping to end the country’s civil war in the 1990s. But in addition to health concerns in recent years, his rule has also been plagued by numerous corruption scandals implicating members of his inner circle.