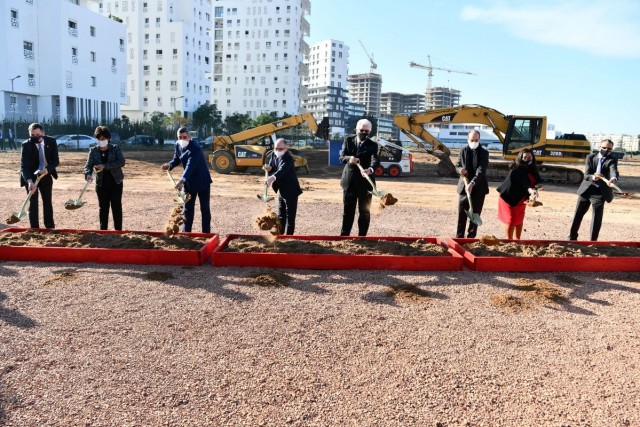 US lays foundation stone for new consulate in Casablanca 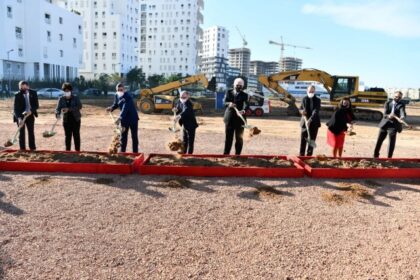 The United States Thursday laid the foundation stone of a new consulate general premises in the city of Casablanca, in Morocco.

The groundbreaking of the new US Consulate General campus in Casablanca is the latest demonstration of the “enduring friendship and strategic partnership” between the US and the Kingdom of Morocco, the US Department of State pointed out on Thursday.

In a release, the Office of the Spokesperson underlines that the new US Consulate General “will provide a secure and resilient platform for US diplomacy in Morocco.”

The new facility, located at Casa-Anfa, will be ready in 2024. It extends over 2.8 hectares and will cost over $300 million.

The facility will feature several buildings and green spaces, a cultural center, Dar America, and will be equipped with a photovoltaic solar energy system, water efficiency installations, and a rainwater harvesting system. It has easy access to the tramway network of the business city.

The launch of construction works coincides with the 200th anniversary of the opening of the oldest American diplomatic property in the world, in Tangier, northern Morocco, in 1821.

“As a result of this project, an estimated $100 million will be invested in the local economy and a workforce of more than 500 American, Moroccan, and third-country nationals will be employed during construction,” the US Department of State said.

The project falls in line with king Mohammed VI’s vision to make of the kingdom the gateway to the African country, US Ambassador to Morocco David Fischer said during the groundbreaking ceremony.

“The United States is banking on Casablanca’s future as a regional hub in the fields of business, commerce, culture, and travel,” the US diplomat said.

“From consular services to economic and commercial achievements, including cultural outreach and much more, we are building the Consulate General on a global scale that Casablanca deserves,” he added.

“By housing our cultural center Dar America, in addition to the spacious and welcoming facilities of the consular and commercial services, the new Consulate General will strengthen our efforts to deepen and strengthen our partnership with Morocco,” said the US Consul General in Casablanca, Jennifer Rasamimanana.