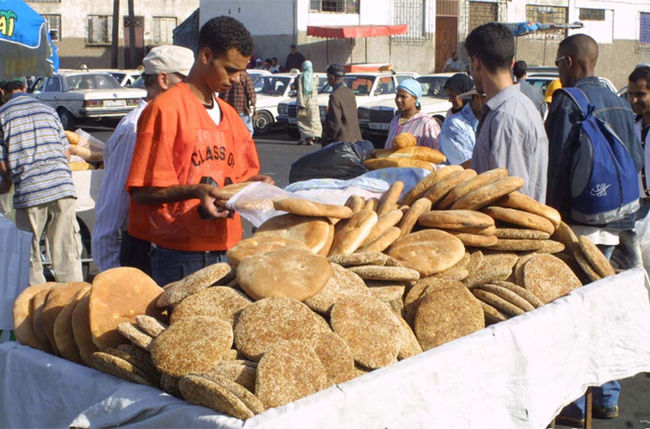 Morocco’s Contest over Price and Size of Bread 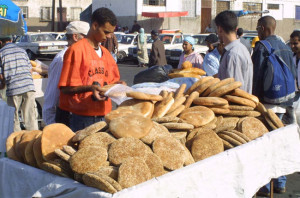 Morocco’s bakers have decided to halt the planned increase in bread prices following the pending talks with government. The Moroccan Federation of Bakers and Patissiers (FBPM) agreed that for now the prices of 10-30 centimeter loaves of bread are going to stay the same. The envisaged price increase should have concerned about 15,000 bakeries. According to the Moroccan Federation of Consumer Rights (FMDC), the issue between bakers and the government on bread prices is not new, and has been on agenda for a number of years. Moreover, the FMDC claims that the standard loaf of bread weights about 170 grams instead of 200 grams given by the law.
The weight of bread is only one issue among a few that bother consumer rights protectors. Generally speaking, the most important issue is the regulation of the entire sector. For instance, certain attitudes of street vendors of bread are problematic, for example because they offer bread at very low prices (1 dirham) but their loaves weight about 150 grams each.  Although such vendors are rather popular among consumers, who do not care about the weight-price ration, street selling is not regulated.
According to the FBPM, the lack of regulation among street bread vendors is problematic, because they do not care about the increasing costs that FBPM faces. Street vendors are always able to sell their fresh bread at lowest prices on the market. Many consumers even say that they normally do not go to bakery unless they need to buy something more than bread, such as sweets. In any case, bread means a lot to an average Moroccan. Most of people actually live on bread, tea and olives – therefore, manipulating with bread prices is a very important issue in economic lives of Moroccans.