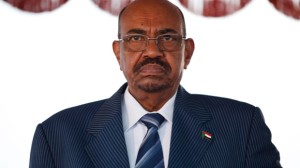 It is often being said that events in the Arab World will inevitably find their way to the Sudan, though almost always belatedly. Now, some three years after the Arab Spring began to rattle the Maghreb region, demonstrations have filled the streets of Sudan’s capital Khartoum. What began as a protest against rising fuel prices quickly escalated into a protest against the regime of Omar al-Bashir, with demonstrators calling for the long-term dictator to finally step aside. One could be tempted to think that his demise, if it materialises, would be just another dictator left out in the cold by the Arab Spring. But Sudan is different for the simple fact that it already has what most observers fear could be the ultimate result of the Arab Spring: a fundamentalist Islamic regime.
Omar al-Bashir seized power in 1989 through a coup d’état. But instead of cementing his leadership through the barrel of the gun alone, he quickly began to position the Sudan as the vanguard of Islamist governments in the broader Middle East. He invited the most controversial proponents of an Islamic awakening into the Sudan, among them Hassan al-Turabi who was considered by many an Islamist version of Lenin, though that is certainly an injustice to the latter. It was in the Sudan where Osama bin Laden found cover in the 1990s and where then President Bill Clinton passed the chance to apprehend the most dangerous terrorist the world would see in decades. The project of an Islamic state, however, quickly met its limits. Instead of seeking legitimacy through the ballot box, al-Bashir sought legitimacy from religion. The Sudanese were becoming background actors in their own state.
If they had any doubt, the Sudanese were to realise just how much the Sudanese regime was bent on sidelining its citizens. When Omar al-Bashir began to introduce the sharia as the primary source for the country’s legal system, the long simmering conflict with the south of the country erupted again and turned into a full blown civil war. After all, the Southern Sudanese were by and large Christian and to them the sharia is everything but divinely inspired. The conflict in the South escalated into one of Africa’s longest civil wars, claiming about two million deaths. At the same time, he unleashed the forces that turned Sudan into the first country to fail on its periphery. With South Sudan having become an independent state, it might be forgotten that other conflicts are still simmering: amongst them provinces in upheaval, such as Southern Kordofan and Darfur, where al-Bashir committed a second genocide. While the fringes of Sudan are breaking away, the people in the Sudanese capital can hardly be expected to be left stuck with al-Bashir.
But in contrast to Egypt, Tunisia and the other states engulfed in the Arab Spring, there is no need to worry about an Islamist government coming to power in the wake of a Sudanese uprising. After all, that is what Sudan already has and has in fact grown tired of. On the flipside, there are no grounds for optimism either. If there is one thing that the Sudanese security forces have demonstrated consistently, it is that they are willing to sacrifice the lives of ordinary Sudanese. With the regime having called the protestors traitors and thugs, there is ample reason to fear that Omar al-Bashir is willing to go down the path of Bashar al-Assad. Slaughtering what is sometimes callously referred to as his own people for some more years in power. But with more than forty percent inflation in October, the economic strains on the country are only going to increase.