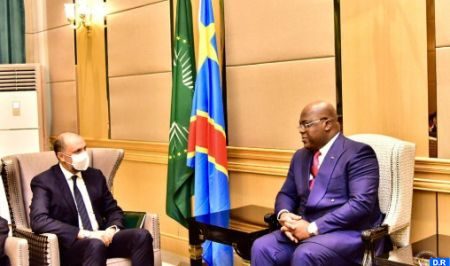 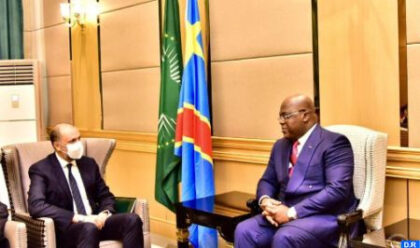 King Mohammed VI has addressed a message to President of the Democratic Republic of Congo Félix Antoine Tshisekedi.

The meeting reviewed the exceptional relations between the two countries as well as means to strengthen them.

Talks also touched on the forthcoming important meetings at the level of the African Union, whose presidency is assumed by the Democratic Republic of Congo.

President Tshisekedi last week sent a letter to King Mohammed VI expressing solidarity with Morocco with regard to its international commitments in the area of Guerguarat.

In his letter, president Tshisekedi described as “unacceptable” the situation that has prevailed in the area of Guerguarat following the illegal intrusion of polisario militias into this area where they have carried out acts of banditry, preventing the movement of people and goods and continuously harassing MINURSO military observers.

President Tshisekedi stressed that he shares the view that the international community, through the United Nations Secretary-General will do everything possible to promptly and definitively remedy this situation in the best interests of respect for the status of this buffer zone, the free movement and preservation of the dignity of Moroccans.