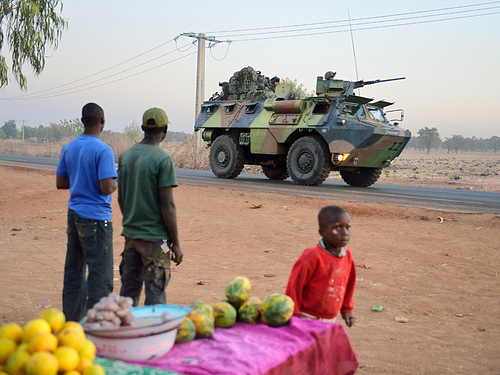 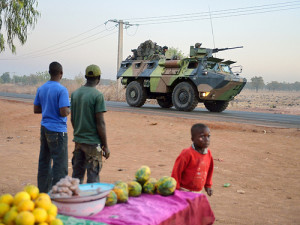 The EU’s defense ministers are to discuss next week the call for the Union to consider equipping African armies. This highly controversial idea that was put forward by a group of countries led by Germany is likely to trigger a sharp debate within and between the EU’s institutions. Proponents of the idea argue that the European Union’s efforts to strengthen and sustain security beyond its borders, and particularly in Africa, are being impeded by constraints on the provision of even basic equipment.
While the official proposal makes no mention of arms, a majority of EU member states believe the Union should be able to supply to African troops or police with walkie-talkies, jeeps, tents, and similar sort of equipment. The EU’s nine training missions in Africa – ranging in scope from training police in Mali or Niger to fighting pirates off the Horn of Africa – have found that African forces frequently lack the equipment needed to be effective in the field. Well-informed EU sources say that the EU Commission is very wary about the proposal, and that some Commission officials view it as “revolutionary”.
While the Organization for Economic Co-operation and Development (OECD) is considering adjusting its definition of development aid to include support for the security sector, this shift in thinking about the importance of security in efforts to advance development could well add momentum to the EU proposal. To that end, EU sources have reveled that the European Development Fund (EDF) – which is not part of the EU budget, is funded by member states but managed by the Commission and the EEAS – may be asked to finance purchases of equipment. Access to EDF funding would allow the purchase of equipment without making demands on the EU’s budget for security and foreign policy.
Germany has been the leading advocate for the idea that has been referred to in German policy circles as ‘strengthening’ the EU’s partners. It is envisioned as a means of advancing security while accommodating public sensibilities about the deployment of German forces. Berlin’s backing of the plan is also driven by its desire to be seen to be contributing ideas to the debate about Europe’s defense ahead of the upcoming EU Summit devoted to defense and security matters to be held in Brussels next month.