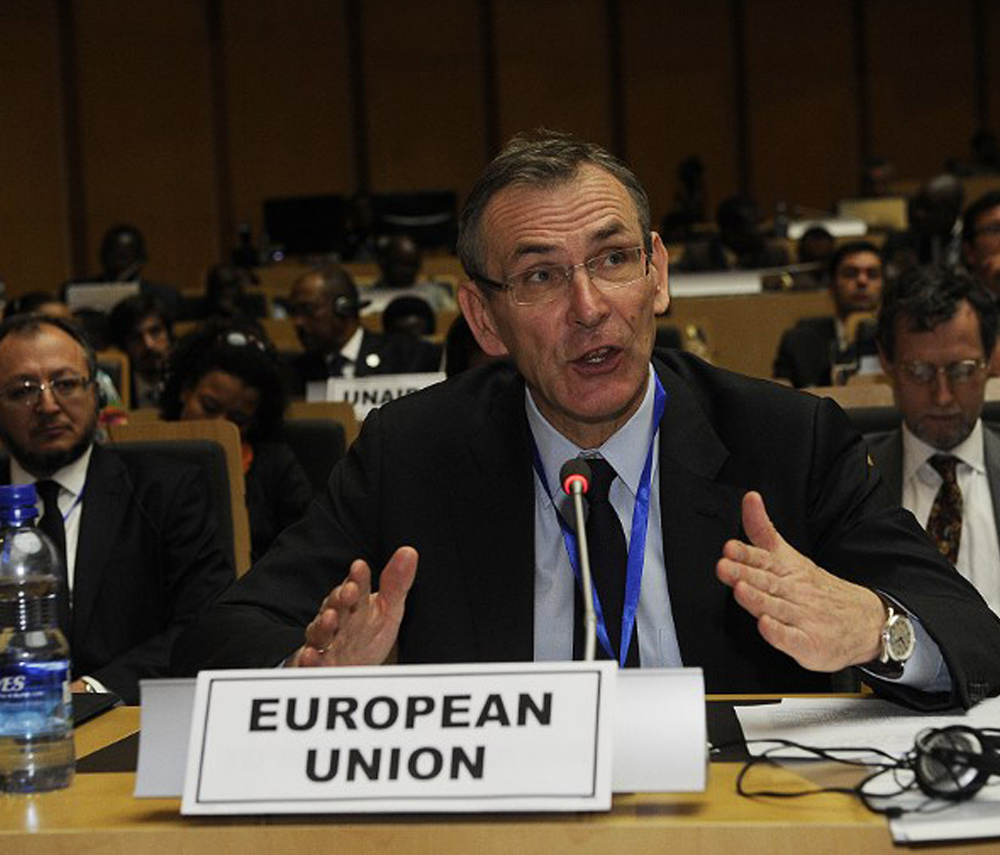 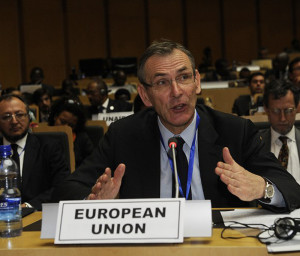 The European Union has announced € 10 million additional EU assistance for the rehabilitation of Typhoon Haiyan-affected areas wherein survivors plea for help and assistance.
The death toll continues to rise and is expected to exceed appalling 10,000 victims of Haiyan, one of the strongest tropical storms ever recorded, that hit the Philippines on 7 and 8 November.
Experts say that due to its exceptional strength and size, an estimated 10 million people – or over 10 pc of the Philippine population – are directly affected by this deadliest storm of the century that left trees splintered on the streets, bodies festering in open view and desperate towns short of food and water.
The havoc and destruction across a chain of Philippine islands leave authorities with a relief operation both urgent and complicated, and of a scale exceeding any other in the history of this disaster-prone nation.
The full extent of the damage is still being accessed. But some press reports and aerial photos showed the rampage, towns ground covered with rubble, survivors walking the streets, holding clothes against their noses to block the stench of bodies.
The EU moved quickly to provide urgent assistance. EU Development Commissioner Piebalgs visited the Philippines and met in Manila with government officials and with humanitarian experts on the ground.
“Beyond humanitarian assistance, the EU is already making resources for rehabilitation and reconstruction available to ensure that there is a smooth transition from the crisis management to rebuilding people’s lives”, said the EU Commissioner.
“We would like to see no gap between the emergency relief and the longer-term actions, and we will work closely with the Government and other development partners”, he added.
According to rescuers and relief agencies, the urgent needs include water and sanitation rehabilitation, power grid repairs, basic health, livelihood support, shelter and repair of infrastructure that should be more resilient to future typhoons or earthquakes.
The Philippines is one of the most disaster-prone countries in the world. Haiyan is the 25th typhoon hitting the archipelago this year. Last month the Philippines were hit by a 7.2 magnitude earthquake, which destroyed the homes and livelihoods of around 350,000 people.
Rescue workers have reached some of the areas hit four days ago by the super-typhoon, but others are still inaccessible. Pharmacies have been swept away, hospitals, schools and government buildings are gutted. Looters have hauled away medical supplies. Most of provinces still lack electricity or mobile connections. In some remote areas, relief can come only by boat or helicopter. A situation which will extend the sufferings of survivors.

North Africa Post's news desk is composed of journalists and editors, who are constantly working to provide new and accurate stories to NAP readers.
NEWER POSTEgypt the Least Gender-Friendly Country in the MENA Region
OLDER POSTLibya and UN agency agree on Tourism cooperation