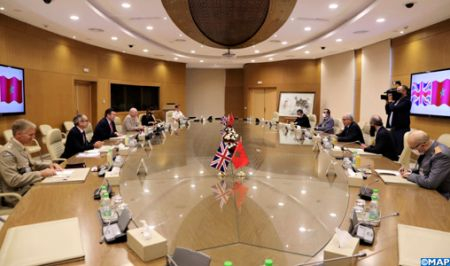 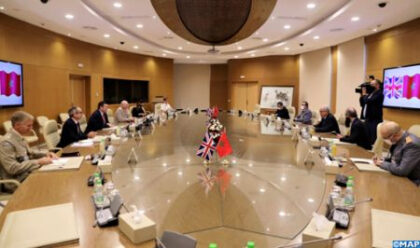 Morocco and the UK have reviewed Thursday in Rabat regional security situation, particularly in the Mediterranean area and the Sahel-Sahara region, as well as their cooperation in the area of cyber-security and cyber-defense.

Talks between the British official and Loudyi discussed regional security, with a particular focus on the Sahel-Sahara strip and the Mediterranean area.

Loudyi highlighted the continuous commitment and multidimensional strategy carried out by Morocco to fight the scourge of terrorism and emphasized the Kingdom’s humane management of the migration crisis.

The two officials reiterated the two countries’ shared desire to further deepen bilateral “defense” cooperation, particularly in the defense industry, which could be integrated in a mutually beneficial perspective through sustainable partnerships for investment and industrial development.

They also expressed ambition to initiate a dynamic cooperation in the area of cyber-security and cyber-defense.

At the meetings between James Heappey and Lt Gen Abdelfettah Louarak, and Lt Gen Mohamed Haramou received Heappey in Rabat, the two sides hailed the cooperation between the FAR and the British Armed Forces as strong and dynamic.

They also reviewed the various aspects of military cooperation, including training of officers, sharing of experience and expertise, holding of joint drills and exchange of visits between the two armies.

Both sides voiced their shared desire to develop their cooperation relations and raise it to the same spirit of friendship and shared trust.

Activities conducted in the frame of military cooperation between the two Kingdoms are scheduled annually according to a calendar established by a joint commission, which convenes alternately in Rabat and London.