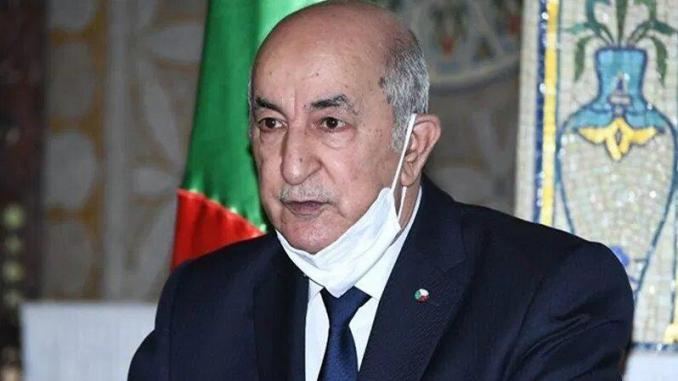 Algerian President tests positive for Covid-19 in a German hospital 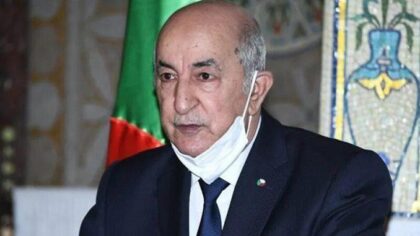 Algerian President Abdelmejid Tebboune tested positive for the coronavirus at a German hospital, his office said, ending days of speculations about his health condition.

Tebboune, 74, “continues to receive treatment in a specialized German hospital after catching the Covid-19 illness,” his office said in a statement.

Tebboune has been hospitalized in Germany since last week, after he entered self-isolation when his top aides caught the virus.

According to Algeria Part, the Algerian President was transferred on Tuesday to another German hospital in Berlin for “security measures”.

Contrary to what was affirmed by the Algerian Presidency in a press release published on Tuesday afternoon, the president’s health has hardly improved and remains critical, the media said.

Algerian hospitals have been flooded with Covid-19 patients although the scale of the pandemic outbreak in the country is unknown due to the very low testing capacity.

Due to his hospitalization, Tebboune missed Sunday’s referendum on a revised constitution seen as aimed at burying a mass protest movement and boosting Tebboune, elected on record low turnout last December.

The Algerian people has sent a strong message of regime rejection by abstaining from the plebiscite on constitutional reform which had only a turnout of 23.7%, Algeria’s lowest ever for a major poll.

North Africa Post's news desk is composed of journalists and editors, who are constantly working to provide new and accurate stories to NAP readers.
NEWER POSTSADC’s Pretoria-nurtured bias on Sahara issue denounced by its own members
OLDER POSTFull lockdown looms in Morocco as pandemic worsens