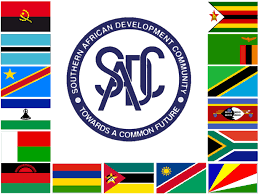 The Southern African Development Community (SADC) had planned to deliver on Monday before the UN Fourth Committee a declaration challenging Morocco’s sovereignty over its Sahara.

However, as soon as the draft declaration was circulated, five member states of this very SADC — Democratic Republic of Congo, Comoros, Malawi, Eswatini, and Zambia — voiced opposition to a section of the text that linked “decolonization” to the Sahara.

These countries denounced the unilateral manner in which the declaration was drafted by South Africa, a SADC member known for its hostile stand against Morocco and its support for the separatist theses upheld by Algeria and its puppet Polisario front, and underlined that the wording of the section on the Sahara in no way reflects their positions on this issue.

As the SADC members failed to reach a consensus, the community withdrew its declaration from the agenda and itself from the list of speakers.

Observers see this development as very significant, especially that member of the community, South Africa, has long used the SADC to lobby support and prevent Morocco from making diplomatic inroads into southern Africa.

Actually, since the adoption of decision “693” of the African Union summit in 2018, affirming the exclusivity of the United Nations in handling the Sahara issue and limiting the role of the pan-African organization to supporting the UN’s efforts seeking to resolve the Sahara dispute, South Africa has mobilized its diplomatic machinery to revive the separatist theses, particularly at the level of the SADC and the United Nations.

Pretoria sought by all means to encourage this regional economic community to back the separatist theses and defend the interests of the Polisario and its self-proclaimed pseudo-republic during regional and international forums.

And it was in this context that South Africa drafted the declaration that was to be presented before the UN fourth committee by the Permanent Representative of Mozambique.

However, Pretoria’s yet another manoeuver to harm Morocco has failed, while Morocco has scored another victory, reaping the fruit of its long-term and well-thought-out African policy, as evidenced by the growing number of African countries which have opened diplomatic representations in Morocco’s southern provinces, including SADC members Comoros, Malawi, Eswatini, and Zambia.