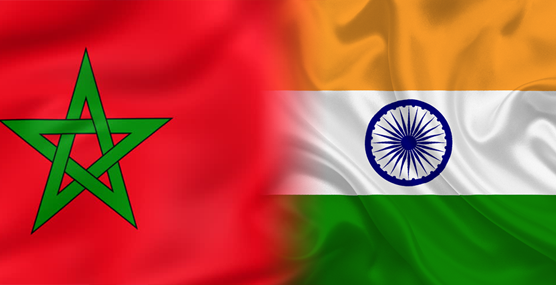 During the talks, Bourita urged Indian economic stakeholders to grab the investment opportunities offered by the Kingdom and to promote the transfer of technology and know-how.

India depends on Moroccan fertilizers to meet the food self-sufficiency of its over 1 billion people.

The Indian minister also lauded Morocco’s efforts to help Libyans reach a political solution as well as the Kindom’s contribution UN efforts to achieve a peaceful solution that would safeguard Libya’s unity.

The two ministers also recalled the significance of the presence of King Mohammed VI in the India-Africa forum in New Delhi in 2015. They agreed to maintain close consultations for the holding of the 4th edition of this Summit.

The Indian minister reaffirmed his country’s steadfast position in support of UN efforts to find a lasting political and mutually acceptable solution to the Sahara issue, adding that India supports Morocco’s efforts in that direction.