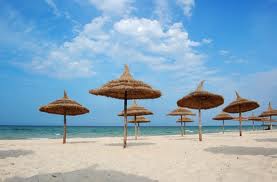 Tunisia’s southerners are complaining of being neglected by the government after the Arab Spring due to the state of the once vibrant tourism sector in the region. They blamed the lack of tourists in the area on the ever frequent cancelations of international and local flights. The government is accused of only interested in marketing the beaches in the North to the detriment of South’s desert and oasis.
Tourism in Tunisia used to be very essential to the economy but the aftermath of the protests which led to the departure of President Ben Ali left a negative impact on it. Residents of the South are alleging that the government has put their lives at risk by keeping the tourists in the coastal areas.
Before the Arab Spring, there used to be regular international and local flights but they have become unpredictable in recent times and cancellations are “very frequent” according to Hassen Zargouni. Zargouni is the president of the Friends of Jerid, a civil society group that aims to develop the region and also works as a pollster for the SIGMA Conseil polling firm.
Hedj Mohamed Ali, head of the UGTT labor union office in Tozeur, said the situation in the south “has gotten worse” and is leading to a mass exodus of youths. He reminded authorities that the Tunisian revolution was due to the “youth unemployment and the bad economy for young people”.
Mohamed Ali, a vendor of an almost empty souvenir shop in Tozeur, said the Northerners “want all the tourism for themselves”. He claimed that the politicians and businessmen are forgoing the deserts and mountains with the air travel problems.
Meanwhile the government is busy with political crisis at hand as opposition political parties threaten to stage protests.