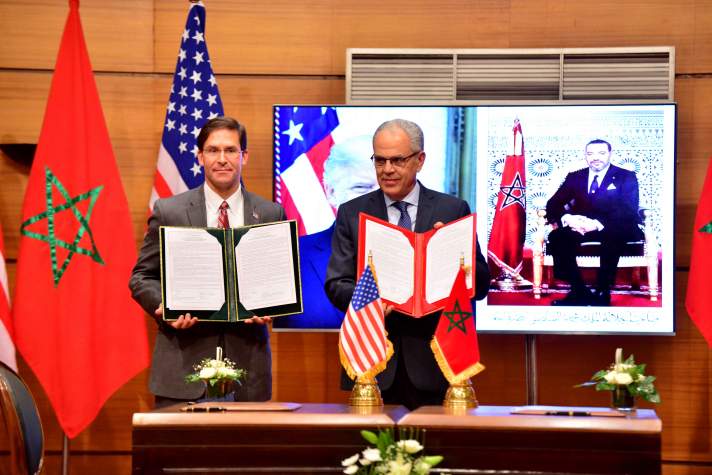 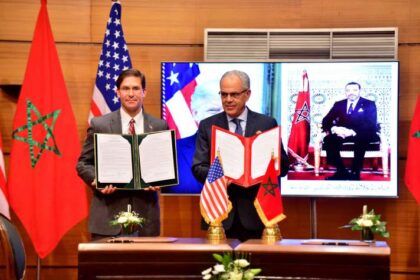 Morocco and the United States signed this Friday, October 2, in Rabat a defense agreement, described as historic on both sides.

The agreement, entitled “Roadmap for 2020-2030 defense cooperation between the Kingdom of Morocco and the United States of America”, was signed during the visit to Morocco by US Secretary of Defense Mark Esper.

The agreement paves the way for an all-out cooperation in the strategic military field, the procurement of arms and equipment, military training in all sectors, as well as intelligence between the two countries.

The agreement, discussed at length this Friday in Rabat by Mark Esper and Minister Delegate in charge of the National Defense Administration, Abdellatif Loudiyi, in the presence of Foreign Minister, Nasser Bourita, is a new milestone in the enduring relations between the two countries.

The US Defense Secretary welcomed the conclusion of this convention with a “long-time friend of the United States”, underlining that Morocco is a leading country in military matters. “This agreement effectively maps out a roadmap to consolidate bilateral cooperation,” Mark Esper said.

During the meeting, Nasser Bourita surveyed the longstanding bonds between the two countries, and underlined the efforts Morocco is deploying in the fight against terrorism and separatism.

Prior to the agreement signing, Abdeltif Loudyi and the US official discussed various aspects of bilateral cooperation in the field of national defense, as well as prospects for their development, and agreed to bolster this cooperation, with focus on the consolidation of common security objectives, in particular, the improvement of military preparedness, the strengthening of skills, and the development of interoperability of forces.

Abdeltif Loudyi also proposed to consolidate military cooperation with the United States by promoting joint investment projects in Morocco in the defense industry sector, in order to promote technology transfer and gradually implement the kingdom’s autonomy strategy in this area.

The Moroccan official, on the other hand, highlighted the constant commitment and multidimensional strategy, led by Morocco, under the leadership of King Mohammed VI, in the fight against terrorism and the humanist management of migration crisis.

He also underlined Morocco’s role as an actor in regional stability in the Mediterranean and the Sahel, and its contribution to capacity building of the military forces of several African countries.

The US Defense Secretary also discussed with Inspector General of the Royal Armed Forces Abdelfatah Louarak, in a separate meeting, bilateral military cooperation, which covers the organization of combined exercises, the exchange of information visits and the participation in various training courses.

The two sides agreed on the need to deepen these relations through the consolidation of technical cooperation and its diversification to integrate new components to further develop the interoperability of armies and their capacities to effectively face any potential threats.

They also pledged to monitor the work of the Morocco-USA Defense Advisory Committee to strengthen military cooperation between the two countries.

The US Defense Secretary’s trip to Morocco was the last leg of a Maghreb tour that took him to Tunisia and Algeria.