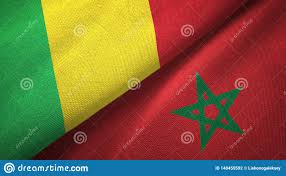 Secretary General of La Francophonie Louise Mushikiwabo has appointed Morocco’s Ambassador to Nigeria, Moha Ouali Tagma, member of the high-level delegation of the International Organization of La Francophonie (OIF) in charge of supporting the civil transition process in Mali.

This appointment is a recognition of Morocco’s commitment to peace and regional stability and of the Kingdom’s wise and constructive role, under the leadership of King Mohammed VI, in Mali, but also in Libya and elsewhere.

The establishment of the OIF high-level delegation comes in implementation of the resolution adopted on August 25 by the 111th extraordinary session of the Permanent Council of La Francophonie (CPF). It seeks to support the process of restoring democratic institutions in Mali and contribute to finding sustainable and credible solutions to end the crisis and fulfil the expectations of Malian citizens, according to the OIF, which wants to be among the leading actors involved in the resolution of the Malian crisis.

The OIF delegation is headed by Senegalese Cheikh Tidiane Gadio, former Minister of Foreign Affairs and current Vice-President of the National Assembly. It also includes Nadia El Yousfi, member of the Brussels Parliament and the Parliament of the Wallonia-Brussels Federation.

The International Francophone Organization has suspended the membership of Mali in the wake of the army takeover on August 18. The group of French-speaking nations has called for the liberation of overthrown President Ibrahim Boubacar Keita, and an early return to civilian rule. The OIF permanent council has however promised that current cooperation projects intended to benefit Mali’s civilian population would not be affected.

Moha Ouali Tagma is a career diplomat who served, among others, as Morocco’s ambassador to Senegal and to Poland. He also served as a member of the Permanent Mission of Morocco to the UN in Geneva and was appointed Ambassador to Nigeria in 2016.