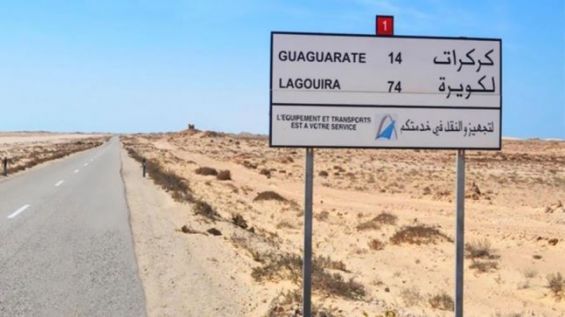 Polisario resumes disruption of commercial traffic between Morocco and Sahel 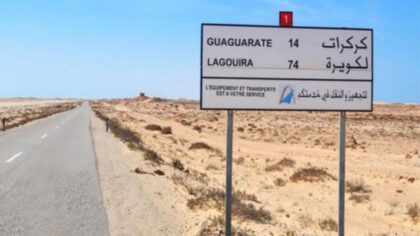 The Polisario is playing again the card of the border crossing between Morocco and Mauritania known as Guarguarate by attempting to hinder the flow of commercial traffic in the demilitarized strip monitored by the UN.

The Polisario this time sent agents in civilian dress loyal to its separatist agenda after the Algerian-funded and armed militia was rebuked earlier this month by the UN for its provocative acts in the southernmost tip of the Sahara.

The UN was clear-cut on multiple occasions that the area behind the Moroccan security wall in the Sahara is a demilitarized area under a 1991 cease-fire agreement, warning against any attempt to alter the status quo, which Morocco repetitively described as an act that amount to a casus belli.

The Polisario, thrown into the oblivion of continental and international politics, is aware that its Algerian sponsor is in disarray and that support for its fabricated separatist chimera is waning gradually as over two-thirds of African states support openly Moroccan sovereignty over the Sahara.

To show that it still exists, the Polisario resorts to provocative acts that could sap all UN efforts to find a lasting, mutually acceptable, political solution to the Sahara conflict.

In 2017, the Polisario had stepped up its incursions in the demilitarized 5-km strip separating Moroccan border checks from Mauritanian counterpart. Morocco threatened to intervene militarily if the Polisario militias did not withdraw. The separatist group was ultimately forced to abide by international law without Morocco firing a single bullet.

Polisario, which acts upon orders from its paymasters in Algeria, showed strategic short sightedness by maintaining troops in the Guarguarate area in 2017.

Morocco’s restraint and attachment to settle the Guarguarate issue through the UN dealt a diplomatic blow to the separatist front, which, now more than ever, is seen by the international community as a source of instability in the region.

Securing the Guarguarate crossing is of extreme importance to Morocco, which braces for stronger ties with the rest of Africa, notably after joining the African Union and the African Free trade initiative

Morocco’s Permanent representative to the UN in New York, Ambassador Omar Hilale has made it clear in a statement to the press following the adoption of the UN Security Resolution 2351 that there would be no political process unless the Polisario has withdrawn from Guarguarate.