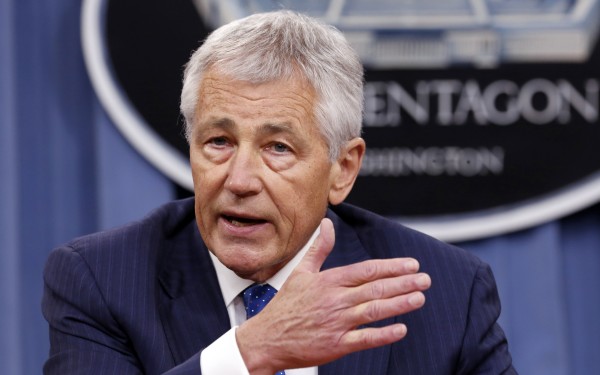 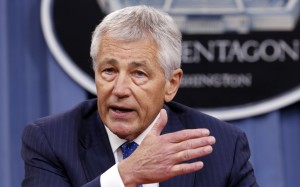 Pentagon has announced that the United States has once again called on the interim Egyptian government to progress with plans aimed at organizing new elections. The call was made during a telephone conversation between the US Defense Secretary Chuck Hagel and Army Chief General Abdel Fattah al-Sisi. Prior to the phone call, a petition was launched in Egypt for the Army Chief to run as president in the coming elections. The relations between the two countries have been affected by the 3rd July coup d’état carried out by Al-Sisi.
Although the US avoided calling his actions a military coup, they have urged for a return to a democratically elected government. According to Press Secretary George Little of Pentagon, Defense Secretary Hagel invited “Minister Al-Sisi to continue to take steps to demonstrate the interim government’s commitment to advance the political roadmap.”
Supporters of the Muslim Brotherhood have vowed not to recognize any government in the country without Morsi honoring his presidential term. Most of the party’s leaders and thousands of their supporters are under detention.
Press Secretary Little stated that Hagel was also concerned about maintaining security in the Sinai Peninsula, rebuilding and providing security for Coptic Christian communities who have been victimized in the country’s crisis.
Meanwhile, General Al-Sisi could be forced to retire from the military and head into politics. He declared that he had no political desires when he ousted Morsi from power but a petition was launched at the beginning of the week could force him to do otherwise. The petition was launched by a group of professionals and former army officers for him to stand as president in the next elections.
The first democratically elected president after Mubarak spent only a year in power.

North Africa Post's news desk is composed of journalists and editors, who are constantly working to provide new and accurate stories to NAP readers.
NEWER POSTLibya to use its financial reserves before November
OLDER POSTAlgeria: Sahara desert agriculture a success