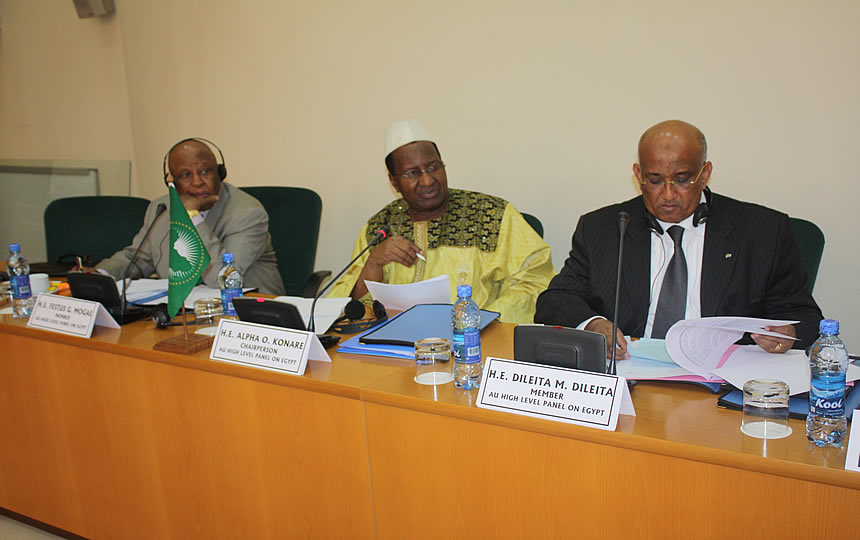 Egypt to be back in the AU in October 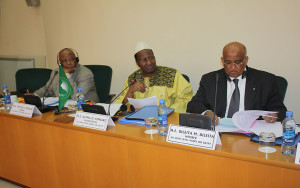 Cairo could soon be occupying its seat at the African Union (AU) in October according to a member of the high level panel on Egypt. The panel is headed by former Malian President, Alpha Oumar Konare, and it visited Egypt in order to have a firsthand knowledge of the political crisis in Egypt and the efforts being made by the interim government to bring the country back to normality.
The continental organization decided to suspend Egypt two days after Mohammed Morsi was removed from power, 3rd of July2013, by the military claiming to execute “the will of the people.” The actions led to the suspension of Egypt due to “unconstitutional changes of government.” The decision is part of AU’s ambitions to discourage coup d’états in Africa.
At the end of their second visit to Cairo since Morsi’s ousting, Mr. Konare said that he hoped that “all parties meet together around the roadmap.” Islamist parties have been complaining of being marginalized by the interim government.
The Muslim Brotherhood has vowed not to collaborate with a government that it considers “illegal” and is determined to stay in the streets until Morsi returns to power. konare has appealed to them to join the government in rebuilding Egypt. It wants all the political forces to contribute towards overcoming the crisis.
The Minister of foreign Affairs Nabil Fahmy, the country’s Grand Imam of Al-Azhar, Sheikh Ahmed El-Tayeb, as well as Coptic Orthodox Pope Tawadros II, the National Council for Human Rights and various political and youth groups all had a meeting with the panel.
Djibouti’s former Prime Minister and Member of Parliament, Dileita Mohamed Dileita, has revealed that the panel’s report will be advocating for the lifting of the suspension as soon as possible.