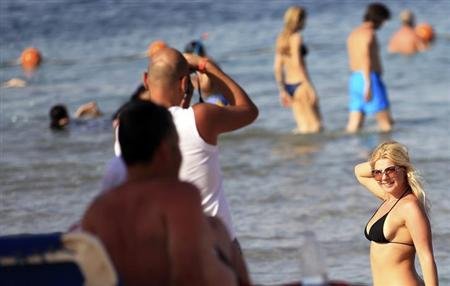 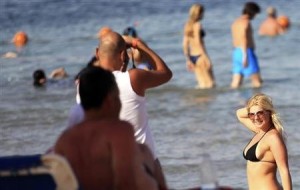 Egypt is trying to lure tourists back into the country; a week after the clashes between supporters of the Muslim Brotherhood and the army left hundreds of people dead. Tourism Minister Hisham Zaazou said the situation is improving with time and gave assurances that there are no dangers in the main tourism areas.
He urged the governments who have announced a travel restriction advisory on Egypt to review their decisions. These governments fear that the political crisis in Egypt could expose tourists to danger. However, the Minister said he is “confident” that the situation in Egypt is improving “by the day, by the hour.”
To convince governments discouraging tourism to Egypt, Zaazou mentioned the Red Sea and Southern Sinai. These two areas are famous among tourists. He proposed that if the governments are unconvinced that Egypt is a safe country, they should at least approve of these two destinations as areas safe to be visited by tourists. He gave assurances that they are free from violence and remain “safe and sound.”
Tourism plays a fundamental role in Egypt’s economy. It employs a lot of people and it’s also a main source of income for the government. Since the beginning of the Arab Spring in the country, the number of tourists has drastically fallen. It was beginning to recover at the beginning of the year but the recent political crisis has slowed it down.
In a desperate tone, Minister Zaazou urged tour operators to “ask your governments to reconsider their travel advisories” because “Egypt has a beautiful future when it comes to tourism.” The ministry has also turned that the request of the Independent General Tourism Workers Syndicate to efface Turkey and Qatar from its tourism destination list.