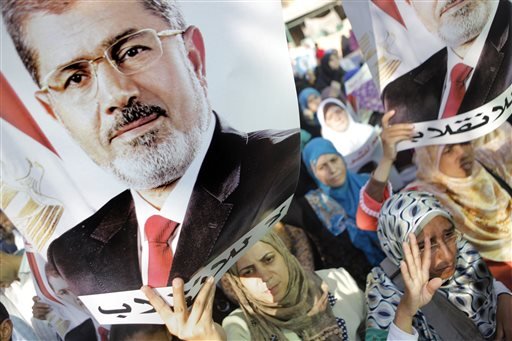 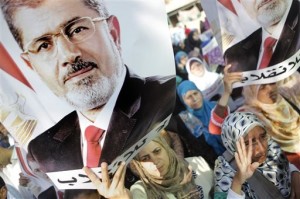 Violence in Egypt can reach new heights as pro-Morsi supporters prepare to hold “Friday of martyrs” demonstrations. The march will be in honor of the hundreds of people who have lost their lives in the standoff against the military. The leaders of the previous demonstrations are from the Muslim Brotherhood. Most of them have been arrested and detained raising doubts about the coordination of the march.
Supporters of Morsi have vowed to remain on the streets until he is returned to power. Last week events could have a major psychological impact on them. The National Coalition to Support Legitimacy and Reject the Coup is hopeful that the protests will attract a lot of people. It stated that it “will remain steadfast on the road to defeating the military coup.” The protest will be seen as a test of strength.
Egypt has been going through the darkest days of its modern day history. The government announced that more than 900 people and 100 security personnel were killed in the past eight days. The Muslim brotherhood estimations exceed these figures. Nevertheless, the death toll is expected to continue rising.
The Muslim Brotherhood won the first post-Mubarak era elections but spent only a year in power before being ousted by the military under the orders of General Al-Sisi. He claimed to be executing the will of the people after anti-Morsi demonstrations but the situation has degenerated to an unprecedented civil disobedience. Morsi is being held in an undisclosed location since the 3rd of July.
The military has promised to hold elections for a new government in six months. The interim government is enjoying the financial support of Saudi Arabia and other gulf states. The EU and the US are reviewing their aid package.