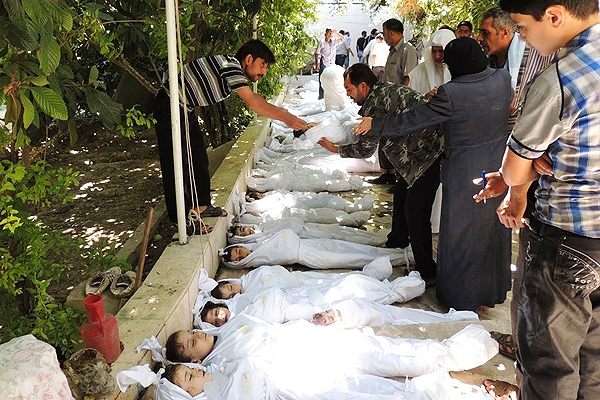 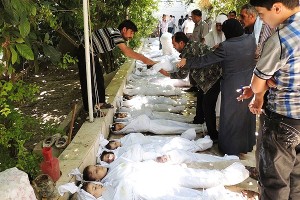 Claims that government forces have used chemical weapons have attracted the United Nations Security Council’s attention. The council wants more information on the reports but Russia has refuted such allegations. More than 1,300 people have been killed by the attack.
Three permanent members of the Security Council namely France, Britain and the United States together with Luxembourg and South Korea want a meeting behind closed doors. The Council said it wants “clarity” on the reports. The United States is urging for an instant access to the alleged area of the attack. The European Union and the Arab League want the UN chemical investigators to visit areas that have been targeted.
The rebels are claiming that government forces used rockets armed with Sarin gas to bombard Gouta, an area located east of Damascus. Videos have been uploaded on the Internet with scenes of dead bodies lying on the ground and other victims with various symptoms suffering from the attack.
Maria Cristina Perceval, Argentina’s envoy to the Security Council said the members of the council support Secretary General Ban Ki-moon’s desire to “ensure a thorough, impartial investigation.” He suggested that the process “must be followed carefully.”
Diplomats have claimed that there have been “credible reports of the use of chemical weapons.” The Syrian government has stated that the accusations are part of a defamation move to tarnish its image. It claimed that it was a like a rebel “provocation”. Russia, another permanent member of the Security Council backed the government’s statement.
Britain’s foreign secretary, William Hague, is worried that the confirmation of the reports could result to a “shocking escalation” in the use of such weapons. Washington said it is “deeply concerned” by the allegations. Meanwhile, China remains silent.

North Africa Post's news desk is composed of journalists and editors, who are constantly working to provide new and accurate stories to NAP readers.
NEWER POSTEgypt: “Friday of martyrs” to test Brotherhood’s strength
OLDER POSTAfter the ‘Arab Spring’: Winter is Underway for Religious Minorities in the MENA Region