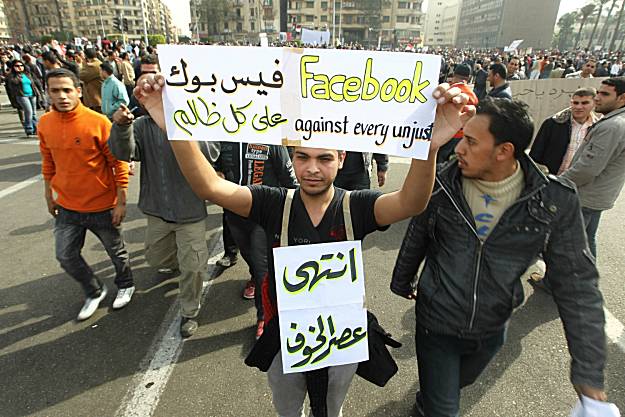 After the ‘Arab Spring’: Winter is Underway for Religious Minorities in the MENA Region

No one can deny that Arab dictatorships have protected religious minorities across the Middle East and North Africa region for decades as a result of tactical decisions meant to win the political backing of Western powers and the financial support of funding agencies.

The nomination of Jewish and Christian leaders to cabinet posts in many Arab countries has been looked upon by the public as political tokenism instead of a nationally-significant event that reflects a deep political support for minority representation in the political body. In light of this history, religious minorities have always been distrusted and wrongly viewed by the general public as supporters of both Arab authoritarianism and western colonialism in the region.

It is no coincidence that when dictators started to fall in Tunisia, Egypt, Yemen, Syria, Libya and Iraq, Jews, Copts, and Chaldeans began to leave their homes. As the popular jubilations that followed what has been coined the ‘Arab Spring’ subsided, many Jewish and Christians families were among the first to experience the winter of an unstable political climate. At first they came under the attack of the Salafis, which wasted no time rehearsing the old slogans of foreign collaboration with the foreign enemies of Islam. Second, minorities became the target of many religious satellite-television stations funded by the Gulf States. Accusations hurled at local Jews and Christians of being enemies and collaborators later produced physical attacks, property damage, and synagogue and church desecration. The years of false safety under the dictators were replaced overnight by fear and the desire to seek refuge somewhere else.

A similar movement of migration, although in a different historical context, took place in in the early 1950s-1960s. Many Jews left the Arab world partly because of the failure of the nationalist leaders to include Jewish communities through their leadership in the new post-colonial nationalist project. Nasserism created anti-Jewish anxiety within Egypt and other Arab countries leading to the loss of one the most educated populations in the Arab world at the time. This proved later to be a significant gain for the state of Israel as more than half of its population had an oriental background given that the majority of European Jews were killed in the Holocaust. The dilemma of minority allegiance to national projects in the Arab world continues today and threatens to push out the small number of Jews and Christians who chose to stay.

After the Islamists arrived to power in Morocco and Tunisia, Prime Minister Abdelilah Benkirane wasted no time to take a symbolic picture with Serge Berdugo, the president of Morocco’s Jewish Community Council, as a political reassurance to the community. Rachid Ghannouchi sent a delegation to Djerba after his party won the national election promising the security of Jews in Tunisia. While in Morocco no political movement has threatened Jews, the ruling Islamist Ennahda Party has not been successful in containing the anti-Jewish rhetoric especially by followers of the Salafi movement. And even though not many Tunisian Jews have left, the worsening economic situation in Tunisia as well as in Morocco is pushing more Jews from both countries to migrate to Europe or Israel.

Egypt and Iraq present a different story. As two countries that house one of the largest Christian communities in the Arab world today, the emergence of extreme Islamist voices threaten to empty these Middle Eastern centers from what is left of their religious diversity. The political instability in both Egypt and Iraq pushed growing numbers of Copts and Chaldeans to pack and leave their homes. The recent military coup has put the Coptic Church in Egypt and Pope Tawadros II in a difficult position as the Muslim Brotherhood and other Islamic groups blame the Copts for supporting the coup. Today Copts are physically targeted in different parts of Egypt. The wave of displacement of Christians in Egypt, Iraq and Syria has already begun.

It is obvious that many ordinary citizens from different ethnic and religious backgrounds are suffering from the political turmoil that threatens to destroy the political, social and cultural fabric of Middle Eastern societies. However, as these countries are emptied of their minorities, their historical cultural and religious heterogeneity is under threat. This is something that these societies will not realize until the last active churches and synagogues are closed, businesses are moved somewhere else and Coptic and Jewish homes are left to the forces of nature to eliminate the last traces of Jewish and Christian memories in futuristic homogenous Arab states.