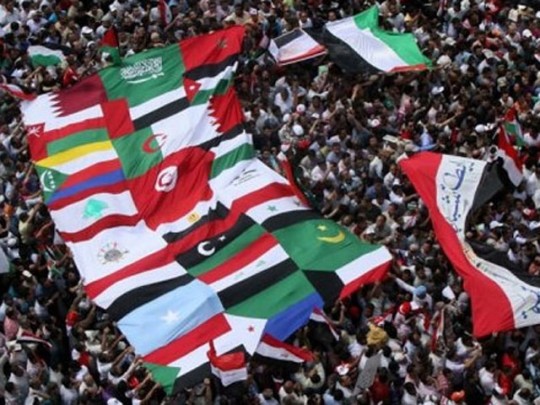 Is Algeria the Odd One Out in the Arab Spring?

In many ways, it appears as if Algeria is weathering the Arab Spring fairly well. Despite its sheer size, it has dodged the cycle of demonstrations and upheaval, even though the Arab Spring started right in the next door Tunisia. Its long-term president Abdelaziz Bouteflika has maintained a façade of democracy, though his tenure has often felt rather authoritarian. The country has already lived through the spectre of Islamists claiming power through the ballot box – a constant worry of the West in the aftermath of the Arab Spring – after an Islamist victory in the first round of parliamentary elections in December 1991 triggered a military intervention and sparked a long and brutal civil war that lasted through most of the 1990s.

Ever since, even moderate Islamists cite Algeria as a case in point: why, they argue, should they believe in democratic norms, when their victory in ordinary elections will not be recognised and in the worst case might even trigger a military intervention into politics often enough with quiet Western backing? The recent military coup in Egypt will only add to that and make it harder for Western countries to fully escape the accusation of hypocrisy.
The situation in Algeria, however, remains calm. That is despite the fact that Algerian president Abdelaziz Bouteflika is ailing and has spent three months in a Paris hospital before returning home in mid-July, leaving a power vacuum behind in Algiers. The 76 year old president had suffered a stroke and though it is unclear what his intentions are, it’s safe to assume that his current term as president will likely be his last. After fifteen years, the next round of presidential elections in 2014 will probably usher in a new president. Amid such uncertainty, it is surprising to see how little Algerians are actually using the uncertainty over the country’s future as an opportunity to make demands of their own.

But that relative calm is also the result of a long and bloody civil war. Most analysts now agree that the Algerian army crushed the rebellion of the Salafist Group for Preaching and Combat (GSPC) and the remnants of this group now form the core of Al-Qaida in the Islamic Maghreb (AQIM), a group that has turned its attention to the weaker states of the surrounding Sahel and only occasionally targets Algeria. But even this low intensity guerrilla war is enough to serve as a reminder of the civil war and there is a little appetite among Algerians to relive those bloody days.
A change of power in Algeria could also pave the way for more regional cooperation. A new president could unfreeze the traditionally cold relations between Algiers and Rabat. The relationship between Morocco and Algeria has been a sour one for decades, largely over the unsettled fate of the Western Sahara, which Morocco regards as its own territory. There were persistent rumours that the Moroccan king Mohamed VI and Algerian president Bouteflika disliked each other so intensely that they even refused to speak to each other on the phone. On the occasion of the 14th anniversary of King Mohamed VI’s accession to the throne, Bouteflika managed to send a personal message, expressing his hope that the relations between the two countries might improve. That might in fact be a lot easier with Bouteflika easing out of office and the Western Sahara issue slowly fading away – after years of stalemate there is now some momentum behind Morocco’s take on the issue.

It is remarkable that despite all their differences, both Morocco and Algeria have so far avoided the chaotic fallout of the Arab Spring. But in contrast to Morocco, the relative calm in Algeria is not due to a steady reform effort and incremental democratisation. For now, Algeria has escaped the Arab Spring, but without reforms this stability won’t last.